Home Other Woman Claims She Has DNA Evidence She Is Brittany Renee Williams, But Some Questions Remain 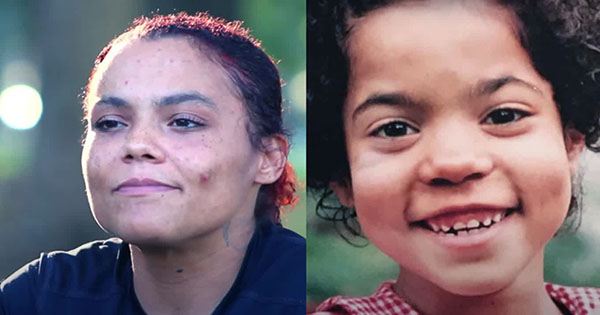 A woman from Indiana claims to have DNA evidence that she is Brittany Renee Williams, a youngster who vanished from a Virginia foster home 21 years ago. Brittany Renee Williams was seven years old when she went missing from Kim Parker’s foster home in Henrico, Virginia. When the cops got involved, the girl had not shown up for school or been taken to court appearances by Parker. Parker was the primary suspect in the case after it was discovered that she had been defrauding her foster children by diverting monies intended for them to her own bank account, for which she was sentenced to eight years in prison.

Williams was presumed dead after an extended search that included digging up the garden of the property where she was residing before her disappearance and many years of waiting. Parker, for her part, claimed that she was unable to care for Williams and had sent her to live with two women in California. The women denied this.

Brittany could not have survived without her AIDS medication, according to investigators. Years later, adoptee Kaylynn Stevenson was investigating her own family history in Fort Wayne, Indiana, when she came upon a photo of Brittany taken soon before her disappearance, according to NBC 12. Stevenson could not recall much from her youth, but she did recall the name “Williams” in the back of her mind. A Google search for the name plus “lost children” turned up the photo, and Stevenson knew it was she right away.

Stevenson has a mole on her neck and scars on her stomach and chest, which are similar to those on Williams. Stevenson recalls being in the hospital as a child, and scars from catheters were included in the police description of Williams.

Stevenson told NBC 12 that she since had a private DNA test, which revealed that she and Anastasia McElroy, Brittany’s mother’s second daughter, had a 95.83 percent chance of being half-sisters. NBC 12 got the two in touch, and they both believe Stevenson to be Williams.

However, there are still unanswered questions, the oddest of which is how Williams has survived all these years. Stevenson, who now goes by the first name “Brittany,” never notified she had AIDS or that she was HIV positive, despite testing confirming her status. It is unclear whether the first diagnosis was incorrect or if there is more to the story that we do not know about. Despite this, Stevenson is unconcerned about the mystery.”Blood doesn’t lie, and a DNA test doesn’t lie either,” says the author “She informed NBC 12 about it.”So, I’m Brittany Renee Williams, and I don’t have AIDS.” The local police and FBI, who have taken DNA samples from both Stevenson and McElroy, have revived the investigation.