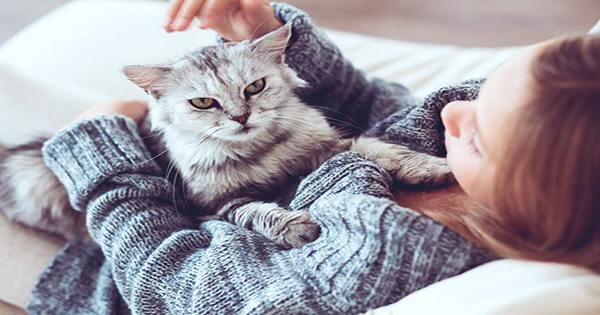 Is your cat a serial killer? Do you ever wonder how they always seem to know where you are and why they are staring at you so intently?

Researchers have discovered that cats can mentally map out where they are in the house using the sound of their owner’s voice, which may explain why your cat can always locate you.

This research shows that cats’ cognition activates a feature known as “object permanence,” which means they have established that something can exist even if they cannot see it. While prior research has shown that the house cat (Felis catus) has this cognitive ability, this is the first time that hearing has been linked to monitoring their surroundings and the moving items inside it.

Cat-owner Saho Takagi of Kyoto University, Japan, tasked with defining the science of cat creeping. In a recent article published in the journal PLOS ONE, Takagi and colleagues put 50 cats to the test. The cats were a mix of household pets and cats kept in cat cafés. They wanted to discover if the cats had socio-spatial cognition, which is when an animal maintains track of the whereabouts of others cognitively. This may accomplish through a variety of senses (have you ever smelled someone approaching?). However, the researchers were interested in sound in this investigation.

Cats left alone in a room with a window, two doors, and surveillance cameras. Outside the room, speakers played recordings of a stranger’s voice, an owner’s voice, a cat acquainted to the one being tested’s vocalization, or non-social sounds (generic electrical noises).

These then played at the same time or at different times to examine how the cats reacted to sound sources “teleporting” or remaining stationary while they went between speakers.

“Cats were shocked when their owner seemed to be “teleported” to a new, unexpected place,” the research authors stated, “but they did not respond in the same manner when tested with non-social stimuli.” “These findings demonstrate that cats have a mental picture of their invisible owner and use the owner’s voice to map their position, demonstrating socio-spatial cognition.” We would not advocate taking on your cat if you spent lockdown honing your hide-and-seek abilities. They do not need to see you to figure out where you are.