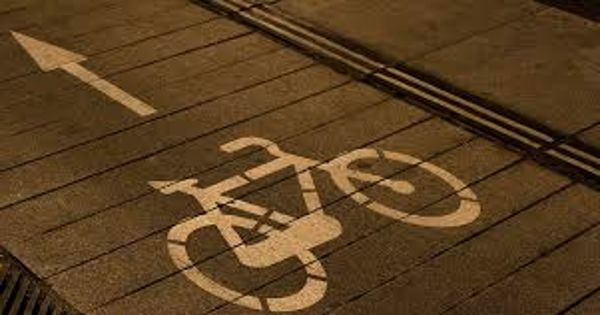 In spite of longstanding public opinion, cycling lanes will potentially boost the industry. In the worst situation, the detrimental effect on revenue and jobs is negligible, according to a recent report by the Portland State Transport Science and Education Center (TREC). Researchers looked at fourteen corridors in six cities—Portland, Seattle, San Francisco, Memphis, Minneapolis, and Indianapolis—and found that recent bike and pedestrian developments had either positive or non-important impacts on sales and jobs. Essentially, the addition of developments such as cycle lanes has largely improved industry and jobs in the shopping and food services industries.

A recent study found that adding bike lanes boosted business and employment in the foodservice and retail sectors. The Portland State study sought to address this issue about the impact on the local economy, helping to fill the gap left by other studies that explore traffic safety, quality of life, and mobility outcomes.

The research is part of the broader Nationwide Street Improvements Analysis, commissioned by Portland State University, with funding from Bennett Midland consultancy company and PeopleForBikes non-profit bicycle advocacy. The report takes advantage of recent policies on Bull Street and attempts to encourage urban living by improvements to transport facilities to improve connectivity and accessibility for pedestrians and bicycles by reducing on-street car parks and road lanes. The research was funded by the Summit Foundation and the National Transport and Communities Institute. The inclusion of cycling and pedestrian facilities was also meant to address increasing questions about climate change and environmental sustainability, as well as rising socioeconomic disparities.

A common criticism against changes in cycling and pedestrian facilities is the fear that bike lanes will attract customers and decrease revenues. The Portland State report aimed to resolve this topic of the effect on the local economy, seeking to fill the void left by other research investigating road control, quality of life, and accessibility outcomes. “I think that it is very significant that we found that positive business outcomes to the foodservice and retail industries on these corridors are persistent, even when we looked at different data metrics on employment or sales or when different analytical methods are utilized,” said Jenny Liu, Associate Professor at the Toulan School of Urban Studies & Planning.

The findings provide decision-makers and planners with a comprehensive theoretical basis and evidence to promote investment in non-motorized transport networks. Past studies have looked at the impact of road improvement corridors within individual areas, but this research is among the first to implement coherent and rigorous methodological methods across several corridors and cities. The results also provide decision-makers and planners with an empirical basis and additional data to encourage investment in non-motorized transport networks.

“The Street Improvement Study supports with data what we have seen in many communities: adding bicycle infrastructure boosts a neighborhood’s economic vitality,” said Zoe Kircos, director of grants and partnerships at PeopleForBikes. “Our collaboration with Portland State University and Bennett Midland on this research give us more resources to share with cities across the U.S. that are eager to make bicycling safer and easier for everyone.”

Liu continued that the relationship between PSU, PeopleForBikes, and Bennett Midland has made a major contribution to the final goods that are directed specifically at planners and decision-makers. The research provided comprehensive reports for Portland, Seattle, San Francisco, Memphis, Minneapolis, and Indianapolis.

Nationally, the report showed that the foodservice sector more frequently benefits from the inclusion of transport facilities. Also in cases where a motor vehicle travel lane or parking was eliminated to make space for a bike lane, food purchases and jobs continued to increase, according to the study.

“There is tremendous potential to expand on what we learned in this research project to additional cities and corridors, and to provide policymakers with the opportunity to evaluate street improvement projects before implementation or to collect additional economic/business metrics before and after implementation,” Liu said. And though it wasn’t exactly a focus of the study, Liu said she’s noticed that cities have been progressively installing better and more substantial bike infrastructure over the years.

Consumers Substantially during the Economic Downturn