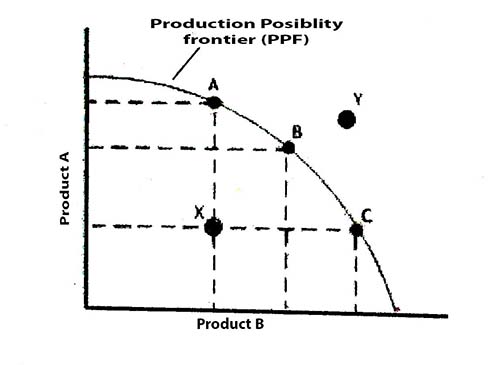 alternative B to C, involves the sacrifice of two thousand quintal of wheat for the sake of one thousand more motors of cloths.

The table shows our sacrifice of wheat goes on increasing as we move from C, towards E. In a fully employed economy more of one good can be. obtained only by cutting down the production of’another good.

The marginal productivity theory of wages with criticism