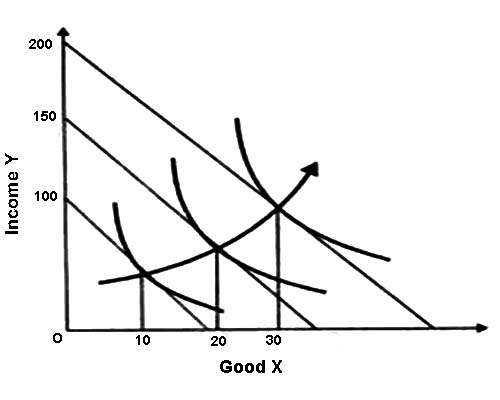 The information from the Income Expansion Path(IEP) can produce two different Engels Curves, one for Good X and one for Good Y. Each would use the income values provided by the budget constraints, and the variables respective quantity values.