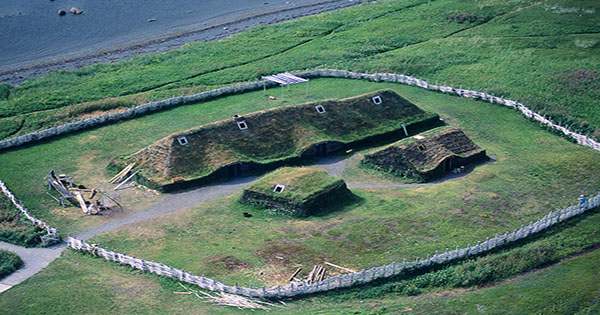 Columbus sailed the ocean blue in fourteen hundred and ninety-two, according to the poem. According to a new study, European settlement in North America had already begun by the year ten twenty-one. Christopher Columbus is well known for being a few centuries late reaching the Americas – the Vikings arrived in Newfoundland at the turn of the millennium, and Native Americans, of course, have them both beat by at least 20,000 years. However, beyond the overall timeframe of “Norse,” details of when the first Europeans stepped foot on American soil have been hazy, with archaeological artifacts providing insufficient evidence and carbon dating providing excessive evidence. Most estimation have relied mainly on information gained from Icelandic sagas, but experts have rightly treated them with a grain of salt because they were only written down centuries later and talk about things like sparkly one-footed assassins.

However, according to a new study published today in the journal Nature, the Viking presence in North America can be assigned to a specific year: 1021 CE. This date is now the oldest known crossing of the Atlantic Ocean, which implies we are living exactly 1,000 years after human migration first encircled the entire world, according to experts.

The analysis reveals, “Vikings were present in Newfoundland in AD 1021.” “Our new date establishes a benchmark for European understanding of the Americas, as well as a definitive tie point for future research into the early consequences of transatlantic activity, such as knowledge transfer and the potential exchange of genetic information, biota, and pathologies,” says the study. However, how did the researchers come up with such a specific date? It all boils down to a big solar storm that occurred in 992 CE, and the technique is just as fascinating as the conclusion. The sky turned crimson, the aurora borealis could see as far south as Germany, and a specific radiocarbon signature was discovered in trees all across the world.

“The dramatic increase in radiocarbon production between 992 and 993 AD has been discovered in tree-ring archives from all over the world,” said Michael Dee, the study’s director. The authors added that if they could find this increase in wooden objects from the L’Anse aux Meadows archaeological site in Newfoundland; they would have a definite reference point from which to date the Viking presence. The anomaly was discovered 29 rings in from the edge in three wooden artifacts, which identified as Viking because of their location and indications of metal cutting – the local Indigenous community did not create metal during the period. Because “once the ring that includes the [992 AD] anomaly has been found, it simply becomes a matter of calculating the number of rings to the waney [bark] edge,” the study concludes that the trees used for the artifacts were cut down in 1021 CE. QED: 992 + 29 = 1021.

“Finding the signal from the solar storm 29 growth rings in the bark allowed us to determine that the cutting activity occurred in the year 1021 AD,” stated Margot Kuitems, first author. Although the discovery proves that the Vikings arrived in Newfoundland by 1021, evidence suggests they did not dwell on the new continent. European explorers at the time, unlike later conquerors, were frequently more concerned in speedy exploitation of new areas, and settlements in “Vinland,” as the Vikings referred to North America, were most likely temporary and short-lived.

Nonetheless, the analysis maintains that the discovery is noteworthy because the period “provides a secure juncture for late Viking chronology.” More importantly, they claim, it establishes a significant precedent, paving the door for future research. The paper finds that “[our] analysis illustrates the potential of the AD 993 anomaly… for determining the ages of historical migrations and cultural contacts.” “When combined with other cosmic-ray events, this unique trait will enable precise dating of a wide range of archaeological and environmental contexts.”