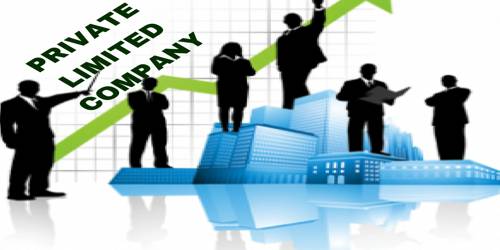 The companies having minimum 2 and maximum 50 members and which are formed by at least two individuals having minimum paid-up capital are called the private limited company. is a type of privately held small business entity, in which owner liability is limited to their shares, the firm is limited to having 50 or fewer shareholders.

Some common advantages of Private Limited Company are described below-

Efficient management: As the management marketing, accounting, financing activities are directly practiced by the participation of the owners, its management is bound to be efficient.

Taking prompt decision: It becomes very easy to reach any initiate decision because of fewer members and directors and limited official formalities. It is known to all that prompt decision making helps the company to progress to a large extent.

Maintenance of secrecy: As the members are the owners and directors of such company, it becomes very easier to keep the secrecy with strong security.

Flexible ownership and control: Private limited Companies are benefited from flexibility in controlling and ownership. This is due to the fact that the directors are also usually the main shareholders of the Company. Thus both the ownership and control of the business remains in their hands. Decisions can be made quickly and easily.

From the above discussion, we can say in the voice of Edward Manson, “Private Limited Company has been described as an incorporated partnership combining the advantage both elements- the privacy of partnership and the durability and origin of the corporate constitution.”