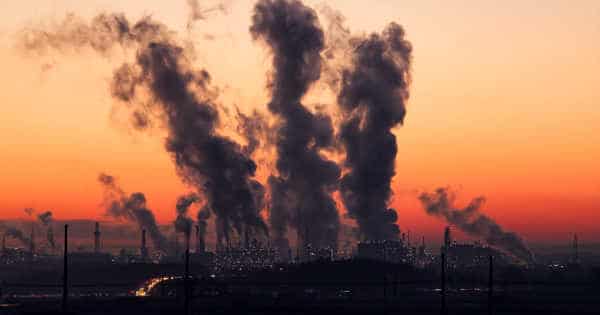 Nobody wants to live near a hazardous plant. Toxin-producing facilities, such as paper mills and pulp mills, have a negative impact on human health, environmental quality, and property values. And such facilities are more likely to be found in communities with lower incomes and educational attainment.

Since mandatory reporting of toxic facilities became available to the public in 1990, affected communities have increasingly expressed their concern through the media, as well as engaged in targeted collective action and “toxic torts” lawsuits for health and environmental damages. The effects of community pressure on the relocation of toxic-releasing facilities are investigated in new research from the University of Illinois.

“The majority of current research focuses on the question of where new plants choose to grow. Our study investigates whether facilities base their relocation decisions on the socioeconomic characteristics of the community “explains Xiao Wang, a graduate student alum from the Department of Agricultural and Consumer Economics (ACE) at the University of Iowa and the paper’s lead author. Madhu Khanna, ACES distinguished professor in ACE, George Deltas, Department of Economics at the University of Iowa, and Xiang Bi, University of Florida, are among the co-authors.

Toxin-releasing facilities such as paper, pulp, and other manufacturing plants negatively affect human health, environmental quality, and property values. New research explores the effects of community pressure on the relocation of toxic-releasing facilities.

The study examines how much community pressure can ‘push and pull’ facilities to relocate, adding to environmental injustice when they move into disadvantaged communities, using the Toxics Release Inventory (TRI), an environmental disclosure program that makes information about these facilities publicly available. According to the researchers, this effect causes a “redistribution of pollution.”

Relocating facilities tend to relocate to communities with lower population density, income, and educational attainment, and this pattern is stronger for facilities whose scale of operations and emissions increase the most after relocation. Because of the differential effects of community pressure, the spatial pattern of facility relocation provides indirect evidence that environmental information disclosure may unintentionally worsen environmental injustice.

Programs that disseminate information, such as the TRI, help to empower communities and the general public to put pressure on facilities to improve their environmental performance. Even with the TRI available to the general public, there are disparities across communities as a result of unintended consequences of the TRI as well as more ingrained socioeconomic inequities.

“According to our findings, the extent to which communities can push out toxic plants varies depending on their socioeconomic characteristics. Following the release of toxic release information, socially disadvantaged communities were less able to do so, resulting in facilities being relocated from communities with higher educational status and income to those with lower, “Wang elaborates.

Toxic-releasing facilities are more likely to relocate from communities with a high population density, income, and education level, according to the researchers. A plant, on the other hand, is more likely to migrate to communities with a lower population density, income, and education level. Furthermore, the relocation is frequently associated with the plant’s expansion in both size and emissions. A facility may even plan to relocate in anticipation of the TRI’s public disclosure and the expected community backlash.

The authors conclude that policymakers must consider the unintended consequences of public disclosure programs such as the TRI.

“According to our findings, TRI has the effect of redistributing pollution across locations. In addition to strengthening zoning laws and regulations, policymakers must consider the potential impact of such a regulatory tool on distributional justice and strengthen channels for vulnerable populations to voice their concerns about facility location “Khanna asserts.

Planned relocation should be a process of rebuilding and integration that allows people to settle in a new location in a sustainable way. To be sustainable, planned relocation should provide affected populations with suitable land and/or housing, as well as access to public services such as water, sanitation, electricity, and transportation, as well as access to social services such as education and health, as well as sources of income, livelihood, and/or employment opportunities.

Integration into host communities; family and community cohesion; political empowerment; land tenure, including community rights on forestry, fisheries, and so on; access to common property resources or social networks through which informal credit and other resources can be secured; and physical security are all important factors in successful relocation. Planned relocation, on the other hand, should avoid social disarticulation (i.e., conflicts and social unrest within families, among families, with authorities, and with host communities); loss of cultural, customary, and spiritual identity and places; loss of traditional knowledge; and secondary movements.