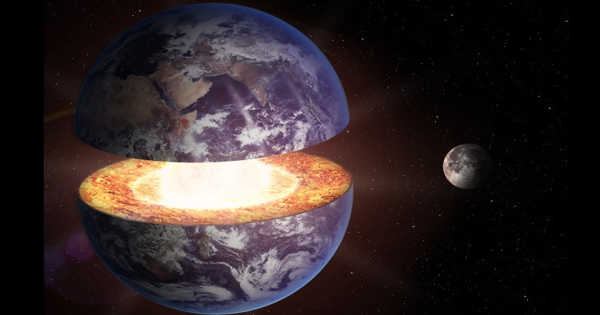 Dark matter is still one of science’s greatest mysteries. Despite decades of astronomical evidence for its existence, no sign of it has yet been discovered closer to home. There have been dozens of efforts in this direction, and one of the most prominent has recently reached a significant milestone: the release and analysis of eight years of data. The IceCube Neutrino Observatory’s results from those eight years will be released soon, but for now, let’s look at what they’re looking for.

There are numerous theories about what dark matter is, with many of them focusing on the concept of Dark Matter as a type of particle. The Weakly Interacting Massive Particle is the most visible of these (WIMP). One of the primary motivators for the IceCube Experiment is the physics of WIMP.

A neutrino detector may appear to be an unusual way to search for WIMPs, but the physics behind it is well understood. WIMPs may lose energy and become gravitationally bound to the body they are traveling through when passing through large clumps of “standard model” matter (i.e., what we think of as “normal” particles). This would be the case for planets or the Sun. So the center of the Earth could harbor a large, unseen mass of weakly interacting particles.

Despite decades of astronomical evidence for its existence, no one has yet been able to find any sign of it closer to home. There have been dozens of efforts to do so, and one of the most prominent just hit a milestone—the release and analysis of eight years of data.

Any such grouping of WIMPs would be impossible to detect directly. Scientists, on the other hand, could detect warning signs by measuring a proxy particle known as neutrinos. Neutrinos, which are notoriously difficult to detect, are the result of some theories in which WIMPs self-destruct by interacting with a standard particle. The neutrinos that would result from this process in any mass of WIMPs in the center of the Earth would almost certainly be able to make it through the mass of the Earth and out into space because they are so difficult to pin down.

However, they may be detected by a neutrino detector, such as IceCube, along the way. IceCube, which is based at the geographic South Pole, is made up of 86 strings of digital optical modules containing 5160 individual optical sensors that detect a type of light created by Cherenkov radiation when a neutrino interacts with another particle. Scientists can backtrack the speed and direction of the neutrino by triangulating the brightness and duration of the light pulse.

Because of the finicky nature of the equipment and its particle of interest, noise reduction is an important component of IceCube. Part of that strategy is based on isolation—not only is the detection array-based in one of the most remote locations on the planet but it is also buried under 1450m of ice and spans nearly a vertical kilometer in depth.

Another component of that strategy is based on simulations, specifically to estimate and eliminate background noise. The IceCube research team, made up of scientists from all over the world, uses simulations of background noise to reduce false detections. Furthermore, they can eliminate some sources of neutrinos that are not associated with WIMPs, such as when the system detects a neutrino traveling towards the Earth’s core rather than away from it. These types of neutrinos are most likely caused by “atmospheric neutrinos,” which are produced when cosmic rays collide with the Earth’s atmosphere.

All of this effort is aimed at one relatively simple task: determining what WIMPs are. In particle physics terms, this means attempting to constrain their “mass.” It is measured slightly differently than simply putting something on a scale, as is the case with many things in particle physics. The researchers examined potential masses ranging from 10GeV (Giga electron volts) to 10 TeV (tera electron volts) (tera electron volts). These ranges include masses that are orders of magnitude “heavier” than known subatomic particles like the Higgs Boson (125 GeV) or electron (.511 MeV).

Another feature of WIMPs that the research was attempting to narrow down is the “annihilation rate,” or how frequently WIMPs destroy themselves and produce a neutrino that IceCube can detect. The researchers developed a statistical probability for different ranges of the likelihood of annihilation using advanced statistical analysis.

Even with all of the work that has been done thus far, the final results have not been fully analyzed. So it’s unclear what all of these findings mean for the search for WIMPs. The IceCube team anticipates that the results will be “released soon.” Furthermore, the data they analyzed was only from 2011 to 2018, so there are three years of data missing from this analysis.

All of the efforts put into determining what dark matter is could be worthwhile. After all, it is one of the most puzzling phenomena in particle physics. And the only way scientists will be able to fully comprehend it is to collect data at instruments like IceCube for many years to come.