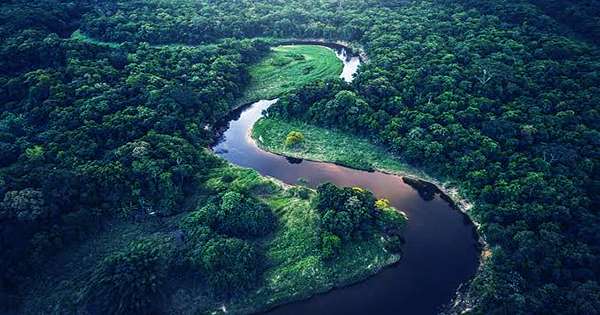 The world has turned to Amazon in recent months to focus on the coronavirus epidemic, however, new figures released by Brazil’s National Aerospace Research Institute (INP) show alarm bells ringing again in the woods. For most of 2019, there were catastrophic Amazon fire headlines, yet little seems to have been done to protect South America’s iconic rain forest, despite global concerns.

The unpublished Inpe report explains that if deforestation continues at this level, we could go for the most devastating year since 2005.  The risk of wildfires has peaked as the dry season now begins on the Amazon. A record number of fires were reported in the region last summer, many blamed on the shoulders of Brazilian President Jair Bolsonaro, who encouraged illegal logging, mining, and farming on the Amazon, and failed to implement conservation measures.

About 2,247 fires were recorded on the Brazilian Amazon last month, taking the figure to June 2019. This has led to fears that the coming months could surpass last year’s fire season in terms of destruction. Bolsonaro has repeatedly rejected criticism of managing the state of emergency and is in favor of more commercial activity on Amazon. Worryingly, however, his determination to prioritize the economy over the environment has finally forced him to take measures to protect against rainfall, after international investors demanded that the Brazilian government begin tackling deforestation.

Bolsonaro has been deploying troops to prevent deforestation since May and is now expected to announce a 120-day ban on arson on the Amazon, According to Reuters. Clearly, his attempts to do something have not yet yielded any positive results, which means that if nothing is changed, 2020 could lead to more revelations.