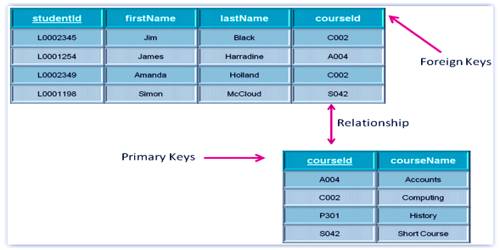 SQL Server, there are two keys – primary key and foreign key which seems identical, but actually, both are different in features and behaviors. Primary keys and foreign keys are two types of constraints that can be used to enforce data integrity in SQL Server tables.

Primary Key – It is a special key which uniquely identifies each record in a table.

Foreign Key – It establishes a link between records in two different tables in a database.