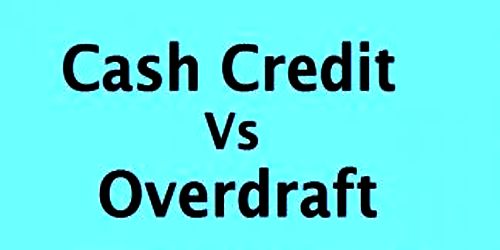 The distinction between Overdraft and Cash Credit is very subtle and relates to the operation of the account. In the case of Cash Credit, a proper limit is sanctioned which normally is a certain percentage of the value of the commodities/debts pledged by the account holder with the Bank. Overdraft, on the other hand, is allowed against a host of other securities including financial instruments like shares, units of mutual Rinds, surrender value of LIC policy and debentures etc. Now the differences between these two are discussed below:

At a glance, these are the distinctions between Bank Overdraft and Cash Credit.

Liability of the banker in case of wrongful dishonor of cheque