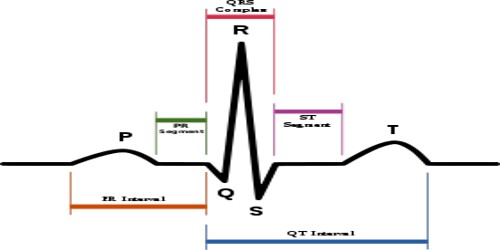 An ECG is a noninvasive, unproblematic test with immediate results. During an ECG, sensors (electrodes) that can spot the electrical activity of your heart are attached to your chest and sometimes your limbs. These sensors are generally left on for just a few minutes.

Description of the various waves of an ECG

Causes of production: Atrial depolarization, therefore the passage of action current over the atria.

Inverted P wave: It indicates that S.A node fails to initiate impulse and the atrial muscle depolarizes by the impulse originating in A.V. node. 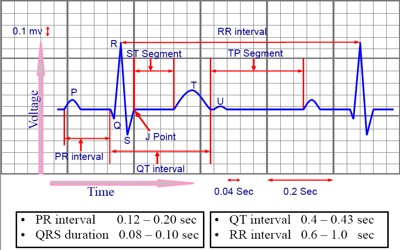 (a) Q wave: Downward deflection. The dead muscle neither conducts nor produces current, so the ECG picks up the current flowing away from this muscle, producing a strong negative deflection.

(b) R wave: Upward deflection. The R wave may be enlarged with ventricular hypertrophy, a thin chest wall or with an athletic physique.

Cause of production: Ventricular depolarization, therefore, the passage of action current over the ventricle.

T wave – Upward broad and rounded deflection. It is normally upright, somewhat rounded, and slightly asymmetric. Its morphology will alter with breath holding and digitalis toxicity.

Define and Describe on Self Induction

What is Mutual Induction?