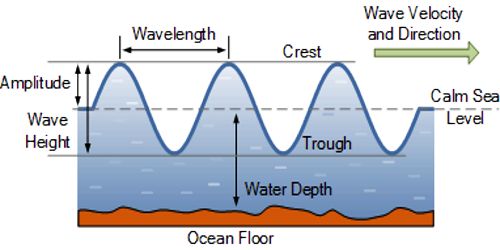 So, energy received from the source of sound is transferred from particle to particle and finally reaches to the ears of the listeners; but the particles of the medium do not have permanent displacement.

During the propagation of wave through the inanimate medium particles of the medium vibrate, consequently, energy is transferred. A part of that energy is kinetic energy and the rest energy is elastic potential energy; although total energy remains constant everywhere. When wave is propagated through a medium particles of that medium acquire simple harmonic motion (figure). 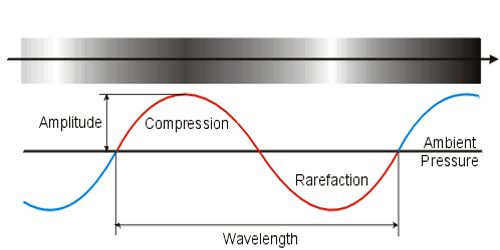 Particles do not take part directly in the transfer of energy and also the particles do not get displaced permanently. On the other hand, if for the propagation of sound wave medium is not needed then for transfer of energy particles do not have any role. If there is a cork or a jute-stick on the surface of water, it will be seen that the cork or the jute-stick continues to move ups and down about the same position. That means, particles of the medium do not change position. If it would have changed position, then the cork or the jute-stick would have come to the shore leaving the place of vibration. Due to the cohesive force between the particles of the medium, they do not change position, but by the vibration of the particles energy is transferred to the adjacent particles and hence adjacent particles also vibrate. In this way energy is transferred as wave from one place to another place. So, wave can be defined m the following way:

If particles of an elastic medium transfer energy from one place to another place by periodic vibration without net change of position then that vibration is called wave.