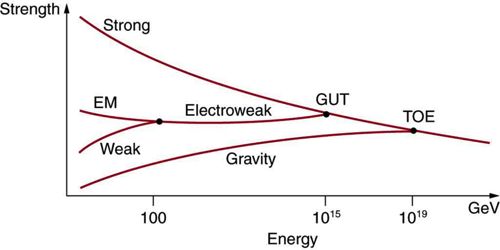 Salam, Wienberg, and Glashow have recently established a relation between weak nuclear force and the electromagnetic force. Scientists are working hard to establish a grand held theory which will unify all the fundamental forces into one force.

Weinberg and Salam (Nobel Prize 1979) proved that the weak nuclear force is nothing but the EM force. These two have been merged into a common force called “Electroweak Force”.

The Spacetime Model goes further demonstrating that EM waves, W or Z bosons, protons, neutrons, electrons, gluons, and all basic elements are always made of spacetime.