Home Physics What is Null Vector or Zero Vector 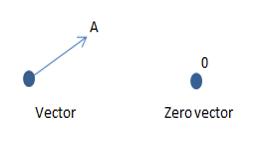 In mathematics, a vector merely an element of a vector space. A vector space is merely a set with binary operations which satisfy the vector space axioms. It’s a very abstract thing.