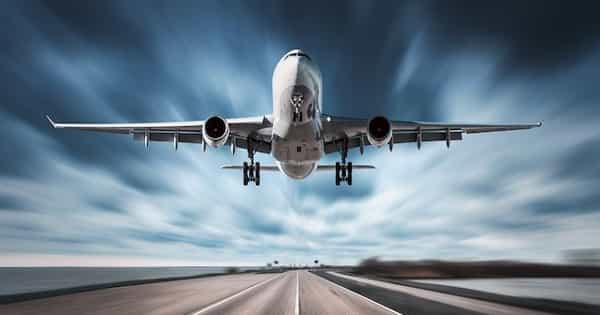 Aviation Cyber security—keeping operations safe, secure, and resilient—is a top priority for aviation. Technology and digitization provide numerous benefits to aviation while also posing challenges in managing cyber vulnerabilities in this complex environment. The use of encryption is and will continue to be critical in the aviation industry to help protect both the information in air traffic control and flight traffic management systems, as well as customer and employee information, which may include payment cards, national IDs, passport numbers, bank accounts, and other Personal Information.

Carriers are now facing rising threats targeting computers and electronic equipment critical to their operations and safety, after remaking their security procedures in the aftermath of the 9/11 attacks to prevent airline hijackings. Since the tragedy 20 years ago on Saturday, airlines, and airports have strengthened cockpits, prohibited sharp objects in carry-on luggage, and improved explosive detection technology.

“We are more secure,” said Willie Walsh, the International Air Transport Association’s director-general. Many of today’s security threats are now seen as aimed at the networks and hardware on which planes and airlines rely. From the gradual transition to electronic tickets to the management of jet fuel, more aspects of aviation are now handled digitally than they were two decades ago. Walsh stated, “We must stay ahead of emerging security threats.” “In order to do this effectively, we must take a more integrated approach to issues such as cyber risks, drones, and insider threats.”

After remaking their security procedures following the 9/11 attacks to stop airline hijackings, carriers are now faced with rising threats targeting computers and electronic equipment critical to their operations and safety.

In addition to new airline security rules mandated by governments around the world, security experts say potential hijackers face another challenge: other passengers. “Because of 9/11, if you’re sitting in an airplane and someone jumps up and tries to enter the cockpit, the passengers will fight back and prevent that from happening,” said Dan Cutrer, an aviation safety expert at Embry-Riddle Aeronautical University.

However, the embrace of digital technology has opened up new avenues for trouble, with hackers able to breach systems via supplier software, online services, or WiFi provided to passengers. Experts believe it is unlikely that a hacker could take control of the plane itself because flight controls are separate from customer-facing systems.

Even if planes have “cybersecurity flaws,” they’re not an appealing target for most actors due to the required access and expertise, as well as the risk of loss of life, according to Katelyn Bailey of cybersecurity firm FireEye.

According to Pablo Hernandez, a researcher at Innaxis Research Institute, one area of potential vulnerability is the communication system between pilots and air traffic controllers. He described the conversations as “open and not encrypted or confidential.” “Anyone with a radio can listen in on this conversation.”

Key flight systems required to operate the plane and air traffic have been well secured, according to Hernandez. There have been some notable ground or ancillary system hacks, including a data breach at British airline EasyJet in 2020 that exposed the personal information of approximately nine million customers.

According to Eurocontrol, an intergovernmental organization that supports European aviation, there were 1,260 incidents against airlines and other aviation bodies such as airports last year. “Every week, an aviation actor suffers a ransomware attack somewhere in the world, with significant consequences for productivity and business continuity,” Eurocontrol wrote in a note.

Airports attempt to mitigate this risk by implementing “best practices.” According to Christopher Bidwell, senior vice president of the Airports Council International, North America, this includes sending employees fictitious emails with links similar to those devised by hackers; workers who click on them then receive additional training.

Cyberattacks have serious consequences for airlines. “You can’t have downtime in the aviation industry,” said Deneen DeFiore, United Airlines’ chief information security officer. “Any system outage or disruption would be disastrous for any business.”

The majority of hackers are motivated by monetary gain. They use or sell stolen credit card data or financial information, and they occasionally demand ransom from businesses in order to recover their systems. However, Bailey of FireEye stated that because hackers frequently target passenger data, some of them may be connected to states and engaged in espionage.

According to United’s DeFiore, the airline industry benefited from the creation of an information-sharing body, Aviation ISAC, focused on cybersecurity in 2014. She sees cyberattacks as an emerging risk in aviation that everyone from air safety directors to maintenance teams must take seriously.