As a result, the entire living creature would have perished because our respiratory system stops functioning for want of O2. Photosynthesis oxygen evolution is the fundamental process by which breathable oxygen is generated in earth’s biosphere. The reaction is part of the light-dependent reactions of photosynthesis in cyanobacteria and the chloroplasts of green algae and plants. 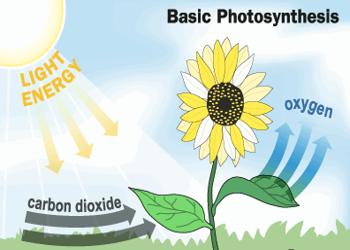 Production of Carbohydrate during Photosynthesis

Carbohydrate is produced during photosynthesis. Plant reserved the excess carbohydrate after their requirements. For example Paddy, Wheat, Maize, Barley, Potato, Sweet Potato, Sugarcane etc. We took these as food. If green plants do not manufacture carbohydrate in photosynthesis, then for want of food all of the members of the Animal Kingdom including human beings would have been destroyed.

What would happen if there were no Sunlight

If there were no Sunlight on the Earth there will have no Photosynthesis. Without photosynthesis, there would be no movement of energy. The earth would become motionless. Without Sunlight, no living being could exist.

Experiment: Photosynthesis do not occur without Chlorophyll

Experiment: Light is essential for Photosynthesis