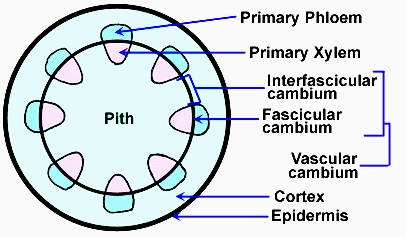 It is the first step of secondary growth.

The functions are to produce;

The activity of Cambial Ring: The cambial ring becomes active and starts cutting off new cells; both on the inner and the outer sides. The cells which are cut off towards the pith mature into secondary xylem. The cambium is generally more dynamic on the inner side than on the outer side.

Comparison and Similarity between Tracheid and Vessel

Epiblema Function and Formation in Plants