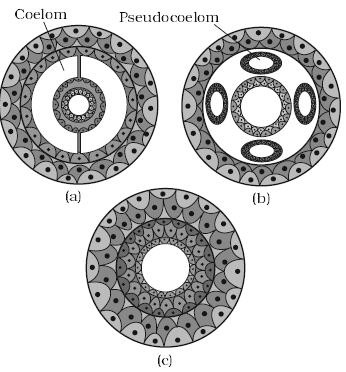 Presence or absence of a cavity between the body wall and the gut wall is very important in classification. The body cavity, which is lined by mesoderm is called coelom.

Define and Discuss on Parthenogenesis