The living organisms which cannot manufacture their own food using the solar energy like the green plants and get their nutrition by eating other organisms are known as consumers. Most of the consumers of the living world are animals, e.g. mynas eat the insects, lion eats the deer, tiger eats men etc. So Myna, lion and tiger are consumers. As the consumer depends upon other living organisms for food or nutrition they are called heterotrophic. There are three levels of consumer’s namely Primary consumer, Secondary consumer and Tertiary consumer. 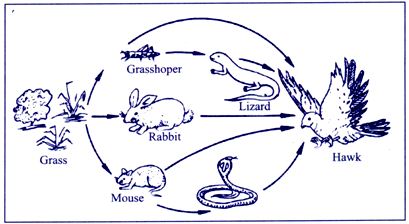