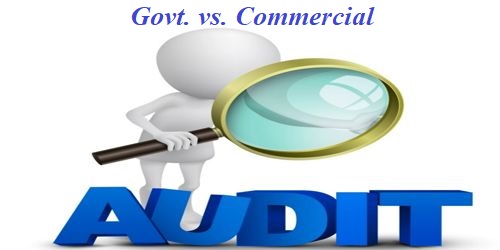 Government Audit: The government offices, departments, under-taking registered as companies, are also subject to independent financial audit. Usually, a statutory auditor is appointed by the Central government on the advice of the Comptroller and Auditor General of Bangladesh, audits accounts of government companies. Governmental audits also include financial statement audits performed under Government Auditing Standards on entities such as states, local governments, not-for-profit organizations, institutions of higher education, and certain for-profit organizations.

Commercial Audit: A Commercial Audit can examine all of the commercial activities of an organization or just a particular part of the operation. It can involve looking at the products and services themselves, to analyzing the resource and infrastructure that are required to bring them to market. It looks at how customers have managed as well as the type of commercial offers that are available. It asks whether all of the potential opportunities have been identified and how the organization manages any associated risks. We undertake the statutory audit of many commercial businesses that require an audit for a variety of reasons including:

The points of difference between government audit and commercial audits are given below.

Why verification is done in auditing to vouching?