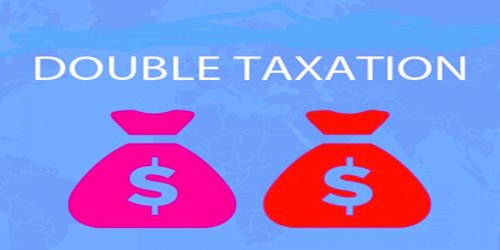 Double taxation is the collection of tax by two or more jurisdictions on the same income, assets, or financial transactions. This can happen if income is generated both at the corporate level and at the individual level. If the same income is made in two different countries at the same time, double tax is levied on international trade or investment. To prevent this type of double taxation, many countries have created double taxation agreements that allow income earners to offset taxes already payable on investment income in another country as opposed to the tax liability of the country in which they reside. In other words, it is a tax policy where once the corporation receives it, the government pays income tax and the same income tax if it is paid to the owners of the corporation.

Double taxation often occurs because corporations are considered separate legal entities from their shareholders. That is, the earnings of the corporation are first taxed as corporate income and then, when the income is distributed in the form of dividends to the shareholders of the corporation, this income is taxed as the personal income of the shareholders. The reduction of personal income tax must not exceed the tax payable on income from foreign sources if such income is made in the Republic of Albania. These agreements often include the exchange of information to prevent tax evasion – such as when a person claims tax exemption in one country on the basis of non-residence in that country but then does not declare it as foreign income in another country; Or those who claim local tax exemptions on foreign tax exemptions at sources that did not actually occur. Double taxation is often an unintended consequence of tariff law. This is usually seen as a negative element of the tax system and the tax authorities try to avoid it whenever possible. Those who think double taxation is fair often refer to the fact that dividend policy is set at the corporate level and if the company is concerned about double taxation, shareholders should not be paid dividends. The term “double taxation” also refers to the double taxation of certain income or activities. For example, a corporate profit may be taxed first if it is earned by a corporation (corporation tax) and again when the profit is distributed to shareholders as dividends or other distributions (dividend tax).

Many states have personal income taxes, including dividend taxes. This latter form of double taxation is particularly controversial and has been widely debated, especially in the United States, where efforts to reduce or eliminate this form of double taxation has been widely debated. Taxes may be levied on income in the country where the income is, and will be levied again if the business is repatriated. In some cases, the total tax rate is so high; it makes international business too expensive to follow. Tax reductions are calculated with respect, especially with any foreign country that benefits from the income.

Duties and Responsibilities of VAT Assessee