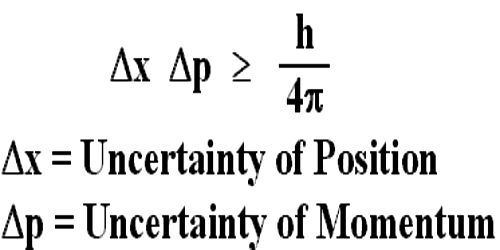 The principle is stated below –

“If the uncertainty in the position of a particle at a particular time is Δx and uncertainty in momentum is Δp, then their product will be equal to or greater than Planck’s constant.” 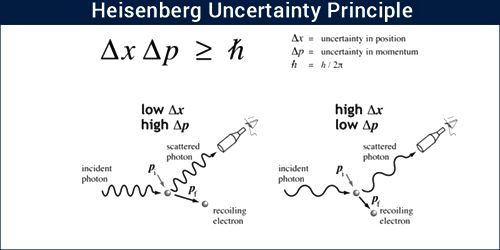 The principle states that it is impossible to know simultaneously the exact position and momentum of a particle. That is, the more exactly the position is determined, the less known the momentum, and vice versa.