Home Business How can a company differentiate its product? 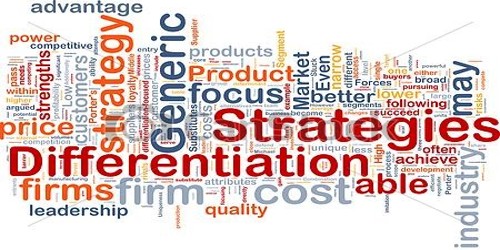 Differentiation strategy Approach under which a firm aims to develop and market unique products for different customer segments. It is one of the generic marketing strategies that can be adopted by any firm.

A company differentiates its product in the following ways:

Product differentiation is usually achieved in one of three ways:

Physical Differences: Physical differences arise when the product of one firm is physically different from the product of other firms. These differences can exist due to materials used, chemical composition, shape, size, taste, or color. For example, the most popular product of Manny Mustard’s House of Sandwich is the Deluxe Club Sandwich. While many restaurants sell club sandwiches, Manny makes his with barbecue sauce rather than mayonnaise. It is similar to other club sandwiches but slightly different.

Perceived Differences: Product differentiation can also result from differences perceived by buyers, even though no physical differences exist. Such perceived differences are usually accomplished through advertising, especially by establishing brand names. Brand names, in fact, are a common way to create the perception of differences among products, even if none physically exist. For example, OmniGuzzle gasoline is chemically identically to Bargain Discount Fuel gasoline. However, due to years of intense OmniGuzzle advertising that has burned the OmniGuzzle brand name into buyers’ brains, most are absolutely convinced that OmniGuzzle is a “higher quality” gasoline. However, as far as demand is concerned, perceived differences work just as well as physical differences. It matters not whether the differences are real or perceived, so long as buyers are willing to pay different prices.

Support Services: Products that are physically identical and perceived to be identical can also be differentiated by support services. This is quite common in the retail trade. One store offers “service with a smile,” while another provides convenient parking, and a third has a 90-day money back guarantee. Even though the products are identical, differences exist in the “overall package” of product and support services. For example, several independent stores might sell Master Foot brand athletic shoes. Buyers know that Master Foot shoes are the same regardless of who does the selling. No physical, nor perceived differences exist. Mega-Mart Discount Warehouse Super Center has self-service shelves filled with Master Foot brand athletic shoes. Customers find their sizes and head to the checkout register.

Why should objective be SMART?