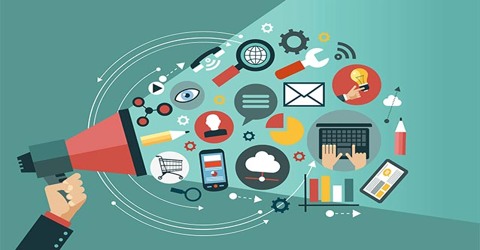 Print media: Print media are the oldest means of mass communication. Daily newspapers, periodicals, magazines, books, posters, leaflets, billboard etc. are the examples of printed mass media. Through these media, national and international news on business, politics, sports, entertainments, literary and cultural works, advertisements etc. are transmitted to the readers. Messages of print media are tangible. They can be packed, laid down, filed and stored for future reference. However, these are costly and are not suitable for illiterate people.

Audio media: Radio, mike, record player etc. are the prominent audio media of mass communication. Only listening as possible through these type of media. News, song, recitation of poem, short dramas, advertisement, story etc. is broadcasted through these media. Among these audio media, radio has the largest coverage. Radio is very popular to illiterate and low-income people.

Traditional media: There are also some traditional mass media such as narrative song, folk song, folk dance, theatre, drama, open-air opera etc. Though these are entertaining in nature, they also provide some practical lesson on various social issues. In this modern age, these media are still employed to increase public awareness on various issues like cultural heritage, vaccination, sanitation, trafficking etc.

Differentiate between Wage and Salary

Factors Determining the Structure of a Report

Purposes and Objectives of Mass Communication