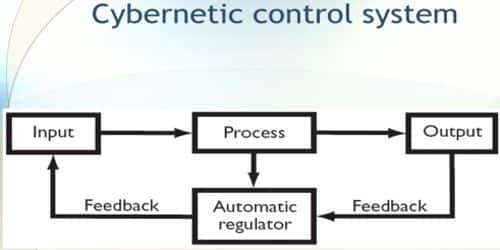 Cybernetics, control theory as it is applied to complex systems. Cybernetics is associated with models in which a monitor compares what is happening to a system a various sampling times with some standard of what should be happening, and a controller adjusts the system’s behavior accordingly.

Cybernetic control is a system of control through which a critical resource is held at the desired level by a self-regulating mechanism. The term cybernetics comes from the ancient Greek word kybernetikos (“good at steering”), referring to the art of the helmsman. In the first half of the 19th century, the French physicist Andre-Marie Ampere, in his classification of the sciences, suggested that the still nonexistent science of the control of governments be called cybernetics. The term was soon forgotten, however, and it was not used again until the American mathematician Norbert Wiener published his book Cybernetics in 1948. In that book, Wiener made reference to an 1868 article by the British physicist James Clerk Maxwell on governors and pointed out that the term governor is derived, via Latin, from the same Greek word that gives rise to cybernetics. The date of Wiener’s publication is generally accepted as marking the birth of cybernetics as an independent science. 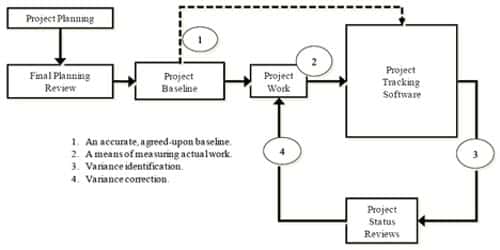 Wiener defined cybernetics as “the science of control and communications in the animal and machine.” This definition relates cybernetics closely with the theory of automatic control and also with physiology, particularly the physiology of the nervous system. For instance, a “controller” might be the human brain, which might receive signals from a “monitor” (the eyes) regarding the distance between a reaching hand and an object to be picked up. The information sent by the monitor to the controller is called feedback, and on the basis of this feedback, the controller might issue instructions to bring the observed behavior (the reach of the hand) closer to the desired behavior (the picking up of the object). Indeed, some of the earliest work done in cybernetics was the study of control rules by which human action takes place, with the goal of constructing artificial limbs that could be tied in with the brain.

From or Type of Claim Letter

Use of Circular Letter for announcing Change of Business Address

Common Characteristics or Features of Report