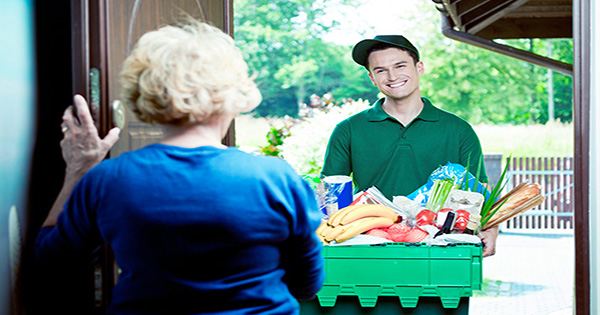 Online grocery sales are now in the single digits, but new data predicts that by 2026, they will have surpassed 20%, owing to more people being comfortable buying food this way in the last two years. With its seamless shopping experience and delivery within minutes of purchase, JOKR, an instant grocery delivery business located in New York and operating across the Americas, is getting ahead of that demand.

Just five months after obtaining $170 million in Series A fundraising led by GGV Capital, Balderton Capital, and Tiger Global Management, the business raised $260 million in Series B funding. With a value of $1.2 billion, the latest round propels JOKR into unicorn territory, with the business touting itself as “one of the fastest startups to achieve unicorn status in history.” Ralf Wenzel, the firm’s founder and CEO, told TechCrunch that all of this happened just eight months after the company founded.

“We weren’t aiming to raise that fast,” he explained, “since we had enough cash following the large round in July.” “Since then, we’ve expanded into a variety of nations and had a lot of interest in what we’re doing.” Our existing investors, as well as new investors, wanted to double down on our spectacular and healthy growth. We are currently well funded and pleased with ourselves.”

Wenzel did not provide exact growth data, but did indicate that its gross merchandise volume is increasing at a rate of 15% per week on average, and that customer retention is good, with over 50% of new customers coming from organic sources. JOKR has also expanded its warehouse hub network, currently running 200 in 15 cities including New York, Mexico City, and Sao Paulo, with some of them achieving operational profitability, according to Wenzel.

He intends to use the fresh funds to expand inside the company’s current territories, gaining traction down to the local level. Wenzel said that there may a hundred additional centers around Sao Paulo, for example.

He also wants to expand in Latin America, specifically in Brazil, Mexico, Colombia, and Chile, as well as in the United States – more on that to come soon, Wenzel hinted. JOKR will also focus marketing and data science and technology development efforts on new client acquisition and growth, notably in the procurement and supply chain.

The firm has also developed a new version of its product and app since its last fundraising round, providing a more customized and curated experience as it moves away from only supplying convenience goods. By the end of next year, JOKR wants to be carbon neutral in its operations. “As we’ve previously stated, our objective is to provide a more full grocery inventory that includes fresh fruit, meat, dairy, and packaged items,” Wenzel said. “On the fresh side, we’re expanding our products across regions and becoming more customized than an alternative grocery shop,” says the company.