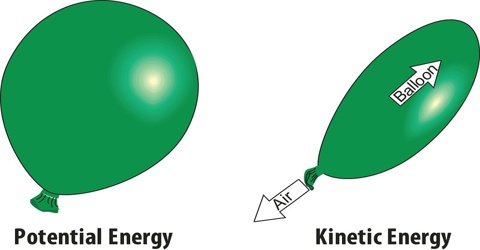 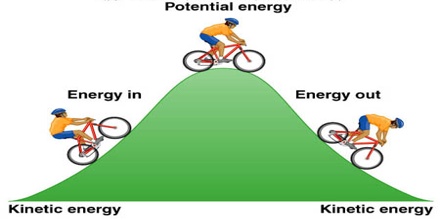 While coming down on the plane from hill current in the river flows strongly. Due to strong kinetic energy of the current large stones can be driven by the river.

Again, competitors while making high jump and long jump do not jump from rest, but do jump after running a certain distance. As a result, they can go a long distance by jump.

From all the above events it is observed that while stopping a moving body by applying external force, the total amount of work done by the body before coming to rest is the measure of kinetic energy of the body.