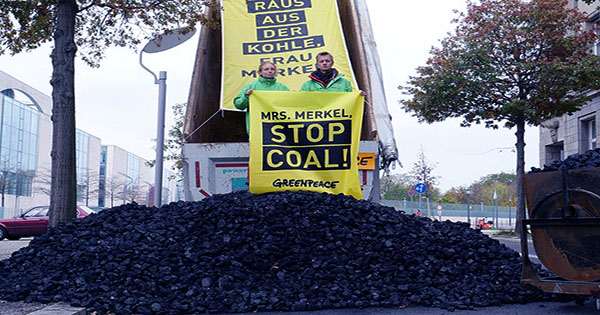 It has revealed that a number of countries are attempting to water down the global climate crisis response and downplay the urgency of shifting away from fossil fuels just ahead of the COP26 climate change summit later this month. Saudi Arabia, Brazil, and Australia are reportedly among the countries attempting to influence the draft report of the International Panel on Climate Change (IPCC), the UN body responsible for analyzing climate change science, according to leaked papers seen by BBC News and Greenpeace’s Unearthed.

“Words like ‘the necessity for urgent and rapid mitigating steps at all scales…’ should be removed from the report,” said a Saudi oil ministry adviser examining the draft report. According to the BBC, an Australian government official rejected the conclusion that coal-fired power stations must shut down to avoid further warming, despite overwhelming scientific consensus to the contrary. Australia also requested that the IPCC remove an analysis describing how fossil fuel lobbying has stymied climate action in Australia and the United States.

Thousands of review comments have been made on the second draft of Working Group III’s contribution to the IPCC’s momentous Sixth Assessment Report, which is due to be released next year, according to the leaks. An assortment of scientists, academics, governments, NGOs, and corporations will analyze the contents of the draft report and provide comments in order to create a well-rounded final report that has gone through the peer-review process.

The IPCC report’s goal is to give policymakers the most up-to-date scientific assessments on climate change and to establish a framework for international climate negotiations, such as those set to begin on October 31 at the COP26 UN Climate Change Conference in Glasgow. Although the bulks of these comments are constructive and valid, and intended to improve the final report’s quality, it appears that certain countries have attempted to sway the study to their benefit.

In another case, meat-producing countries with powerful agricultural lobbies, such as Brazil and Argentina, attempted to downplay the need to reduce meat and dairy output in order to combat the climate issue. Saudi Arabia, China, Australia, and Japan appear to be pushing for more funding for climate capture technologies, which collect carbon from the atmosphere and store it permanently underground. While this developing technology has the potential to help address the climate catastrophe, it is currently exceedingly expensive, and others say that we should not rely on it as a fail-safe countermeasure to greenhouse gas emissions.

Several countries, including India, the Czech Republic, Poland, and Slovakia, contend that nuclear power should be favored in the study because it produces no direct carbon dioxide emissions while also posing environmental dangers. While the leaked comments will likely cast doubt on the COP26 negotiations’ conclusion, many scientists feel the discoveries do not jeopardize the credibility of the final IPCC reports. They contend that the IPCC process is mainly transparent, trustworthy, and robust enough to withstand most heavy-handed politics.

“The… research reveals the actions of some countries that have attempted to stymie decarbonization progress through the IPCC process.” However, this lobbying has no bearing on the IPCC report’s scientific integrity “Professor Martin Siegert, co-director of Imperial College London’s Grantham Institute for Climate Change and the Environment, agreed.”It is a victory that the IPCC defends science in the face of such powerful stakes, and we should be grateful to the scientists involved for refusing to cave into such pressure. “Make no mistake: decarbonization at the level required to avoid disastrous climate change will be resisted by some, if not many, in the fossil-fuel business, as well as a number of people, companies, and nations who profit financially from fossil fuels,” he added.

Lakes are Rapidly Losing Oxygen Thanks to Climate Change