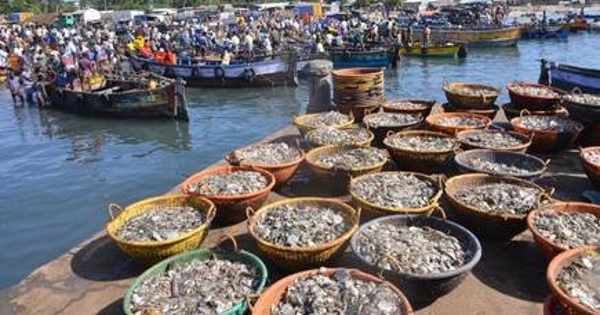 Millions of people worldwide may face an increased risk of malnutrition as climate change threatens their local fisheries. New projections based on more than 800 fish species from 157 countries show how two major, and growing, pressures – climate change and overfishing – could affect the availability of vital micronutrients from our oceans.

In addition to omega-3 fatty acids, fish is a good source of iron, zinc, calcium, and vitamin A. Maternal mortality, stunted growth, and pre-eclampsia have all been linked to a lack of these essential micronutrients.

East Asia and Pacific countries such as Malaysia, Cambodia, Indonesia, and Timor Leste, as well as Sub-Saharan African countries such as Mozambique and Sierra Leone, are among those whose fisheries micronutrient sources are threatened by climate change.

Because dietary deficiencies in calcium, iron, zinc, and vitamin A are particularly prevalent in the tropics, these nations’ fisheries are particularly vulnerable to climate change. Furthermore, these tropical countries are less resilient to disruptions in their fisheries caused by climate change because they rely heavily on fisheries to support their national economies and the diets of their populations and have the limited societal capacity to adapt.

The research is described in the paper ‘Micronutrient supply from global marine fisheries under climate change and overfishing,’ which was published today in Current Biology. Previous research, most notably research into the micronutrient content of fish led by Professor Christina Hicks and published in Nature, demonstrated that fish are unequal in terms of nutritional content. A variety of factors, including diet, seawater temperature, and energy expenditure, influence the number of micronutrients found in fish. Micronutrient levels in tropical fish are higher than in cold water species.

When it comes to climate change resilience and fishing, not all fish are created equal. Earlier research by Professor William Cheung and colleagues found that large fish species with a limited range are more vulnerable to climate change. While species that take longer to mature and grow slower are more vulnerable to overfishing because their stocks replenish more slowly.

Their findings show only a weak relationship between an individual fish species’ micronutrient density and its vulnerability to climate change or overfishing. However, when the scientists examined countries’ overall fisheries catches, their findings revealed a clear impact of climate change on the overall availability of micronutrients for approximately 40% of nations, threatening the food security of millions of people living in these countries.

The species of fish that countries target as part of their catches are a key reason why climate change is such a threat. Some tropical nations’ fishers are focusing on micronutrient-rich species that are more vulnerable to climate change, such as Indian and short mackerels (Rastrelliger kanagurta and Rastrelliger brachysoma), bonga and hilsa shads (Ethmalosa fimbriata and Tenualosa ilisha), and dolphinfish (Coryphaena hippurus).

However, there is a silver lining to the study’s findings that provides some hope for the future. Some countries may be able to adapt their fisheries to target alternative micronutrient-rich species that are also resilient to both climate change and overfishing, but are currently under-represented in catches.

“As climate change and overfishing are significant and growing pressures on global fish stocks, it is essential for the dietary requirements of millions of people to know the extent that these pressures will have on the availability of micronutrients in our seas in the future,” said Dr Eva Maire of Lancaster University. Climate change has been shown to be the most pervasive threat to the supply of vital micronutrients for many countries around the world, particularly in the tropics. The ‘FishNutrients’ model, a recently released finfish nutrient composition database, is used in this study.

“These data open up a whole new area of research and are critical to addressing global food security challenges,” said co-author Aaron MacNeil, Associate Professor at Dalhousie University’s Ocean Frontier Institute. “Our research shows that in order to improve food security and combat malnutrition, it is necessary to integrate fisheries, climate, and food policies in order to secure these micronutrients for current and future generations.”

Professor William Cheung of the University of British Columbia, a co-author, stated: “Our study not only highlights the growing threat of climate change to the food security of millions of people, but it also provides hope for the future. Many countries have the ability to adapt their fisheries policies to target different more resilient fish species now that they have nutritional information about different fish species. By doing so, these countries can ensure a more consistent supply of micronutrients for their citizens.”

The European Research Council, the Royal Society, the Leverhulme Trust, and NSERC Canada funded this study.