Home Other The Life of Hazrat Muhammad (SM) 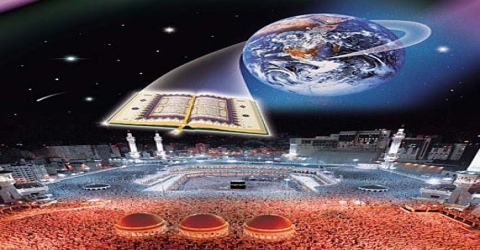 Hazrat Muhammad (Sm.) is the last Prophet of Allah and the leader of all prophets. He is the greatest of men and teachers ever born on earth. There is none like him. He is the embodiment of all that is good, pure and noble.

Before his birth Arabia was steeped in darkness, ignorance and superstition. The Arabs were ignorant and wicked and they led beastly lives. They were worshippers of many gods and goddesses and were given to all kinds of vices. The people of other countries of the world also had fallen on evil ways of life by that time. Hazrat Muhammad (Sm.) was therefore, sent by Allah to correct the Arabs and to show the people of the world the right Path.

Hazrat Muhammad (Sm.) was born to the famous Quraish tribe of Mecca in 570 A. D. His father Abdullah died before his birth and his mother Amena died when he was only six. So he became an orphan when he was still an infant. He was brought up by a nurse named Halima. His grandfather, Abdul Muttalib and his uncle Abu Taleb took care of the boy.

Early in life Hazrat Muhammad passed through many trials and sufferings. He got no opportunity for learning. But he was taught much higher things than book-knowledge by nature and the unseen hand of Allah. He was sent down by Allah for the good of mankind. From his boyhood he was thoughtful honest and truthful. He was called Al-Amin or the Trusty one.

He always thought about the evils of Arab life and how to save the Arabs from those evils. He was a man of word also and knew how to manage business and other affairs. He carried on trade under his uncle and went to Syria several times on commercial visits. Hazrat Muhammad (Sm.) served for some time under a beautiful rich and accomplished widow named Khadija. He managed her large business and won her confidence. At last at the age of 25 he married her and became the master of her vast wealth. But wife and riches had no effect on his character. He retired to the cave of Mount Hira and meditated on the problem of life and death. At last at the age of forty light dawned upon him and he got the new truth. He preached “There is no god but Allah and Muhammad is the messenger of Allah to preach this great truth to the world’. This is the religion of Islam. The new faith was first accepted by his wife Khadija A few others also accepted it and became his disciples.

But a great many of the fierce Arabs were furious when they heard of the new religion of Islam. They at first tried to persuade him to refrain from preaching it and promised to give him whatever he wanted. Then they put every difficulty in his path, subjected his followers to severe tortures and tried to kill him. So for the sake of religion he sent many of his followers to Medina and then in 622 A. D. he himself went there. This is called the Hijrat. From this date the Islamic era Hijrat began.

The people of Medina warmly welcomed him. Many of them accepted his faith. But the people of Mecca attacked Medina several times to kill the Prophet and to wipe out Islam. Thus the Prophet and his follower were forced to fight a number of battles like Badar, Ohud and Khandak. But every time the evil designs of the oppressors of Mecca were foiled. At last the Prophet conquered Mecca in 630 A D. and succeeded in bringing all Arabia to his faith.

The Prophet did not take any retaliation. He taught the people the virtue of forgiveness. He asked them to do well to others and worship Allah. The Quran was revealed to him by Allah and the Hadith which contains his sayings taught the Muslims many noble virtues to make them a great world force later on.

This great and noble soul passed away in 632 A.D. at the age of 63. But his work and teachings remain and will be followed as long as the world lasts. He made Muslims brothers of one another, built a great nation and a powerful state. Al present one fifth of the people of the world are the followers of this great and noble Prophet.

How Education Develop our Mind and Judgement?