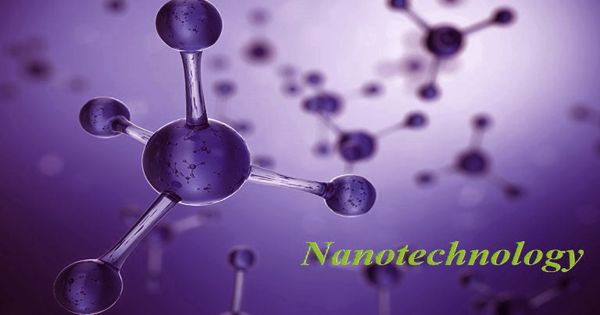 Nanotechnology is a field of research and innovation concerned with building ‘things’ – generally, materials and devices – on the scale of atoms and molecules. It is science, engineering, and technology conducted at the nanoscale, which is about 1 to 100 nanometers. It refers broadly to a field of applied science and technology whose unifying theme is the control of matter on the molecular level in scales smaller than 1 micrometer, normally 1 to 100 nanometers, and the fabrication of devices within that size range. Nanotechnology is hailed as having the potential to increase the efficiency of energy consumption, help clean the environment, and solve major health problems.

Encompassing nanoscale science, engineering, and technology, nanotechnology involves imaging, measuring, modeling, and manipulating matter at this length scale. It is a highly multidisciplinary field, drawing from fields such as applied physics, materials science, colloidal science, device physics, supramolecular chemistry, and even mechanical and electrical engineering. Products of nanotechnology will be smaller, cheaper, lighter yet more functional and require less energy and fewer raw materials to manufacture, claim nanotech advocates. Nanotechnology can be seen as an extension of existing sciences into the nanoscale, or as a recasting of existing sciences using a newer, more modern term. Nanotechnology holds the promise of new solutions to problems that hinder the development of poor countries, especially in relation to health and sanitation, food security, and the environment.

The impetus for nanotechnology comes from a renewed interest in colloidal science, coupled with a new generation of analytical tools such as the atomic force microscope (AFM), and the scanning tunneling microscope (STM).

The application of nanotechnology in the field of renewable and sustainable energy (such as solar and fuel cells) could provide cleaner and cheaper sources of energy. It is also being applied to or developed for application to a variety of industrial and purification processes. Examples of nanotechnology in modern use are the manufacture of polymers based on molecular structure, and the design of computer chip layouts based on surface science.

Nanotechnology is the construction, manipulation, and utilization of nanosized materials of controlled composition and shape. Despite the great promise of numerous nanotechnologies such as quantum dots and nanotubes, real commercial applications have mainly used the advantages of colloidal nanoparticles in bulk forms, such as suntan lotion, cosmetics, protective coatings, and stain-resistant clothing. Purification and environmental cleanup applications include the desalination of water, water filtration, wastewater treatment, groundwater treatment, and other nano-remediation. These would improve both human and environmental health.

“Nanotech” products that are on the market today are mostly gradually improved products where some form of nano-enabled material or nanotech process is used in the manufacturing process. Modern synthetic chemistry has reached the point where it is possible to prepare small molecules to almost any structure. These methods are used today to produce a wide variety of useful chemicals such as pharmaceuticals or commercial polymers.

Nanotechnology is an atomic or molecular approach to building physically, chemically, and biologically stable structures one atom, or one molecule, at a time. This ability raises the question of extending this kind of control to the next-larger level, seeking methods to assemble these single molecules into supramolecular assemblies consisting of many molecules arranged in a well-defined manner. For example, A nanometer (nm) is one thousand millionth of a meter. For comparison, a red blood cell is approximately 7,000 nm wide and a water molecule is almost 0.3nm across.

These approaches utilize the concepts of molecular self-assembly and/or supramolecular chemistry to automatically arrange themselves into some useful conformation through a bottom-up approach. Moreover, Nanotechnology can be considered as an interesting low-cost technique in asphalt pavement engineering providing novel perspectives in making asphalt materials more durable.s

The concept of molecular recognition is especially important: molecules can be designed so that a specific conformation or arrangement is favored due to non-covalent intermolecular forces.  Assessing the role of nanotechnology and guiding its progression will require cross-sectoral involvement of scientists, governments, civil society organizations, and the general public.