Home Astronomy NASA’s InSight Continues to Hunt for Quakes, But Its Death Is Now Imminent 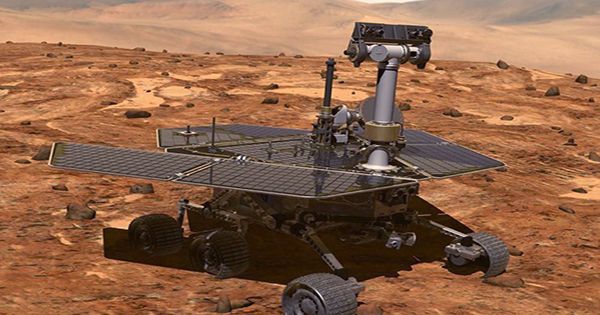 In the three and a half years that NASA’s InSight has been on Mars, it has produced extraordinary insights that have transformed our understanding of the Red Planet’s innards. InSight also identified the first-ever “marsquake,” with over 1,300 subsequent quakes, the greatest of which occurred just a few weeks ago. Unfortunately, InSight is rapidly deteriorating, and NASA believes it will not survive the year. Although the mission has been extended until December, it is now evident that most of the instruments will not be turned on again beyond the end of this month, and science activities will conclude with Earth’s northern summer.

“The team predicts that by December, power will be so low that InSight will simply stop responding,” NASA noted in a JPL blog. Dust is to blame for InSight’s early end. The solar panel has been collecting dust since landing on Mars, decreasing the power of the incredible gadget. The mission crew devised a smart approach to clear some of the dust from the solar panels by dumping sand from the lander’s robotic arm close to them to produce a breeze that would blow the dust away. This worked for a time, but Mars is a harsh and unforgiving environment in the long run.

The solar panels are currently producing just 10% of what they used to, and as Elysium Planitia, where InSight is located, enters a new season, the crew expects more dust in the air and less sunlight, implying that the lander’s demise is all but certain. A chance encounter with a dust devil – a sort of windstorm that may erupt on Mars – could assist, but the crew isn’t counting on it. “We’ve been hoping for a dusting like we’ve seen with the Spirit and Opportunity rovers,” said Bruce Banerdt, the mission’s chief investigator at NASA’s Jet Propulsion Laboratory. “That’s still feasible, but energy levels are low enough that we’re concentrating on getting the most science we can.”

This month, the crew will retire the lander’s robotic arm into a resting posture known as the retirement stance. The mission seismometer, which will continue to gather data at predetermined periods to enhance the odds of low-noise observations, will be the final item to be turned off. After June, weather and magnetic data will no longer be gathered.

The team anticipates that the lander will continue to send images and signals after this summer until it eventually stops. Then it will be the conclusion of a fantastic mission that will serve as a model for many future missions. “InSight has revolutionized our knowledge of rocky planet interiors and paved the way for future missions,” said Lori Glaze, NASA’s Planetary Science Division director. “What we’ve discovered about Mars’ core structure may be applied to Earth, the Moon, Venus, and even rocky planets in other solar systems,” says the researcher.