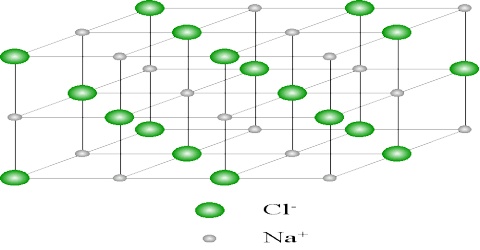 The Structure of Sodium Chloride Crystals 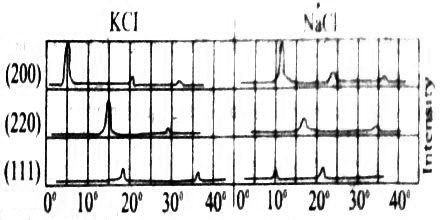 Fig: Group of intensity agent 2θ for NaCl and KCl

These correspond to θ =5.9°, 8.40 and 5.20 respectively. If these are considered as first order reflections n =1, then the ratio of the spacing’s for these planes may be written from Bragg equation as:

It is seen in table from purely geometric consideration that for a face-centered cubic lattice. 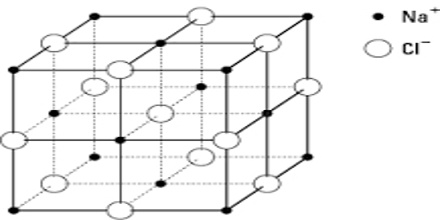 From the X-ray diffraction data the length of the unit cell may be computed. For example, for the d200 and d220 plane one obtains from the angle θ for reflection and the Bragg equation using a λ(Pd) = 5.84 nm.

One can readily see that the d200 and d220 planes have alternate sodium ion and chloride ions; the d111 plane consists of alternating planes containing sodium ions or chloride ions only.