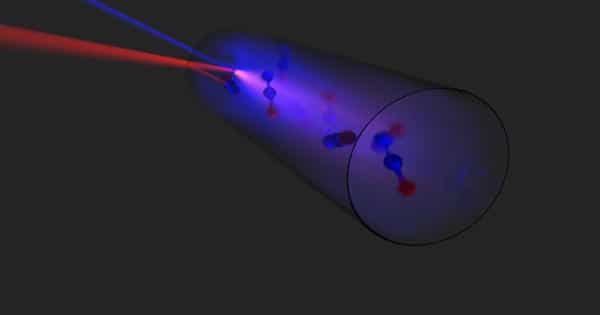 By storing and transmitting information in the form of light rather than electricity, photonics has the potential to transform all types of electronic devices. Using light’s speed and the way information can be layered in its various physical properties can increase communication speed while reducing wasted energy; however, light sources such as lasers must be smaller, stronger, and more stable to achieve this, according to researchers.

The manner in which information can be layered with this technology could have significant implications for photonic computers and communication systems.

Army-funded researchers designed and built two-dimensional arrays of closely packed micro-lasers that have the stability of a single micro-laser but can achieve orders of magnitude higher power density, paving the way for improved lasers, high-speed computing, and optical communications for the Army.

A photonic device’s lasers must be exceptionally stable and coherent in order to preserve the information it manipulates. Single-mode lasers eliminate noisy variations in their beams and improve coherence, but they are dimmer and less powerful than lasers with multiple simultaneous modes.

With Army funding, researchers from the University of Pennsylvania and Duke University designed and built two-dimensional arrays of closely packed micro-lasers that have the stability of a single micro-laser but can achieve orders of magnitude higher power density. They demonstrated the super-symmetric micro-laser array in a study published in the peer-reviewed journal Science.

Many other potential applications of this research include robots and autonomous vehicles that use LiDAR for optical sensing and ranging, as well as manufacturing and material processing techniques that use lasers.

“One seemingly simple method to achieve a high-power, single-mode laser is to couple multiple identical single-mode lasers together to form a laser array,” said Dr. Liang Feng, associate professor in the University of Pennsylvania’s Department of Materials Science and Engineering and Electrical and Systems Engineering. “This laser array would appear to have increased emission power, but due to the inherent complexity of a coupled system, it will also have multiple super-modes. Unfortunately, mode competition reduces the laser array’s coherence.”

When two lasers are coupled, they produce two super-modes, but this number quadratically increases as lasers are arrayed in the two-dimensional grids envisioned for photonic sensing and LiDAR applications.

“Single-mode operation is critical because the radiance and brightness of the laser array increase with the number of lasers only if they are all phase-locked into a single super-mode,” Xingdu Qiao, a doctoral candidate at the University of Pennsylvania, explained. “We can achieve this type of phase-locked single-mode lasing in a laser array by adding a dissipative super-partner, which is inspired by the concept of supersymmetry from physics.”

Making a single micro-super-partner laser is relatively simple when compared to elementary particles. The difficulty comes from adapting super-mathematical symmetry’s transformations to generate an entire super-partner array with the correct energy levels to cancel out all but the desired single mode of the original.

Before this study, super-partner laser arrays could only be one-dimensional, with each laser element aligned in a row. This new study demonstrates an array of five rows and five columns of micro-lasers by solving the mathematical relationships that govern the directions in which the individual elements coupled to one another.

“When the lossy super-symmetric partner array and the original laser array are coupled together, all super-modes except the fundamental mode are dissipated, resulting in single-mode lasing with 25 times the power and more than 100 times the power density of the original array,” said Dr. Zihe Gao, a post-doctoral fellow in Feng’s program. The underlying engineering is the same.”

The research also demonstrates that the technique is compatible with the team’s previous work on vortex lasers, which can precisely control orbital angular momentum, or how a laser beam spirals around its axis of travel. The ability to manipulate this property of light could allow photonic systems to be encoded at even higher densities than previously thought possible.