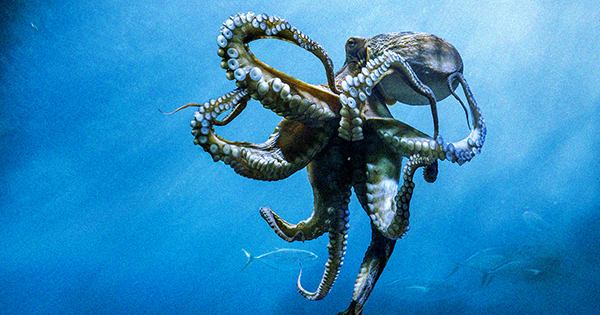 Welcome to the sentient beings club, lobsters, octopuses, and squid (at least in the UK). In its Animal Welfare (Sentience) Bill, the UK government has formally added decapod crustaceans like crabs, lobsters, and crayfish, as well as cephalopod mollusks like octopuses, squid, and cuttlefish. As a result, they are now considered “sentient entities” in the United Kingdom.

The decision follows an independent evaluation undertaken by Dr. Jonathan Birch, an associate professor in the Department of Philosophy, Logic, and Scientific Method at the London School of Economics.

They examined more than 300 research and discovered “strong scientific evidence that decapod crustaceans and cephalopod mollusks are conscious.” Sentience is a subjective notion that has been debated for centuries, but it typically refers to the ability to sense feelings and sensations such as pain.

The bill already covers vertebrates (species with a backbone), but octopuses and other invertebrate animals have had a hard time being recognized as sentient owing to their lack of a backbone.

Invertebrates have a very different central nervous system than vertebrates; for example, octopuses have a donut-shaped brain in their head and eight additional “mini-brains” in each tentacle, this does not, however, imply that their central neural systems are any less complex than those of certain mammals deemed sentient by humans.

If you have seen the documentary My Octopus Teacher, you will know that cephalopods are capable of extraordinarily sophisticated behavior, including the possibility of physical and mental suffering. There is also evidence that certain crabs are aware of their surroundings.

“The amendment will… assist to resolve a key inconsistency: octopuses and other cephalopods have long been protected in science, but have never been protected outside of science.” “Protecting tiny invertebrate species that people have often utterly ignored is one way the UK can lead on animal care,” Dr. Birch said in a statement. The research advises against a number of existing commercial activities that include these species, including live boiling without stunning, harsh murder procedures, shipping the animals in frigid water, and selling live decapod crustaceans to inexperienced operators.

The UK government has hailed this as “leading the way on animal welfare,” while the change would not affect existing regulations or industry norms regulating how these creatures are handled in kitchens and pet stores, according to the press release. Chefs may still put a live lobster into a boiling pot for the time being. It will, however, be considered in the future when determining the legitimacy of animal welfare. In recent years, a number of other countries have taken similar actions. In Switzerland, Norway, Austria, and New Zealand, for example, boiling lobsters alive without first stunning them is prohibited.

While the practice of cooking live lobsters has prohibited in the United States since at least 1999, other rights for cephalopods and decapod crustaceans are less progressive.

Octopuses not considered “animals” in federally supported research in the United States; therefore, they not subjected to the same humane treatment criteria as other lab animals. The Animal Welfare Act and the National Institutes of Health both acknowledge this legal gap, which implies that octopuses protected neither in nature nor in science.