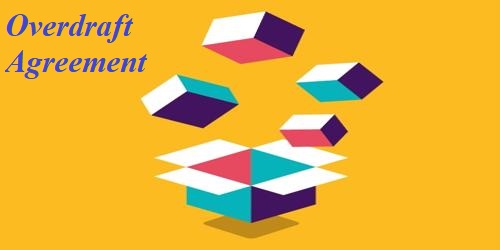 Overdraft is an agreement between a banker and his custody by which the latter is allowed to withdraw over and above his credit balance in the current account tip to an agreed limit. The bank may take some collateral security or may grant such advances on the personal security of the borrower. The customer is permitted to withdraw the amount as and when he needs it and to repay it by means of deposit in his account as and when it is feasible for him. Interest is charged on the exact amount overdrawn by the customer and for the period of its actual utilization. Generally, an overdraft facility is given by a bank on the basis of a written application and a promissory note signed by the customer. In such cases, an express contract comes into existence.  In some cases, in the absence of an express contract to grant overdraft, such an agreement can be inferred from the course of business.

According to Oxford Dictionary of finance and banking – “Overdraft means a loan made to a customer with a cheque account at a bank or building a society, in which the account is allowed to go into debt, usually up to a specified limit.”

According to Cambridge Advanced Learner’s Dictionary – “Overdraft refers to an amount of money that a customer with a bank account is temporarily allowed to the bank or the agreement which allows this.”

Some features of overdraft have been mentioned below:

So, from the above discussion, we can have an idea and a clear concept about the overdraft facility which has been by a bank to its current account holder for a short time period.

All cheques are bills but all bills are not cheques – Explanation

Essential fields to study for Credit officers for selecting borrower

Differentiate in between Branch Banking and Unit Banking System

How you assess damages in case of wrongful dishonor of a cheque?