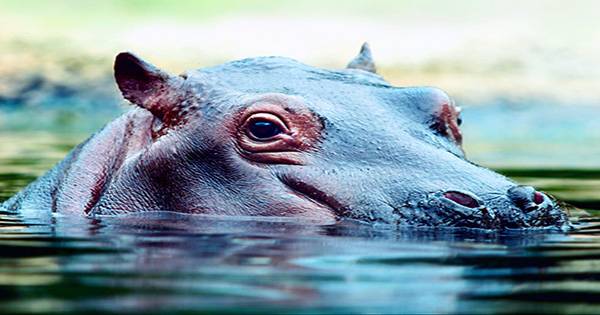 For the first time in the United States, a district court has recognized animals as legal humans, and it is none other than Pablo Escobar has famed “cocaine hippos.” The US District Court for the Southern District of Ohio issued a landmark decision on October 15 that acknowledges hippos as the first non-human species legally classify as individuals in the United States.

If you are not sure what a cocaine hippo is, or should I say who one is, here is a quick rundown: In the 1980s, Colombian drug Lord Pablo Escobar transported scores of exotic zoo animals onto his private estate, including four hippos. Most of the animals were hauled off to zoos after he was slain by police in 1993, save for the hippos, which proved so difficult to capture that police left them on the land, assuming the African native species would die. Instead, they began to reproduce in large numbers. Thirty years later, the 120-strong population still roams Colombia and regarded as one of the world’s most invasive species, for years, the government and experts have debated their fate. Conservationists are concerned about the environmental damage they are causing in Colombia’s Magdalena River region, while others have used them to justify invasive species.

Colombian officials decided to kill them in 2009, causing a public outcry. The proposal never got off the ground, though it has been gaining traction. Last July, Colombian attorney Luis Domingo Gómez Maldonado filed a lawsuit on behalf of the hippos, urging sterilization rather than euthanasia. Colombian officials agreed, and the effort to sterilize a section of the general population with chemical contraception began last week. As of last Friday, the local region’s environment office had sterilized 24 hippos with darts.

So, how does this relate to the United States? The lawsuit to save the hippos argues for the adoption of different contraceptive medicine, as well as the possibility that the contract will still allow some hippos to slaughter. So the US Animal Legal Defense Fund (ALDF) stepped in, filing a legal motion to summon two nonsurgical sterilization wildlife experts from Ohio to testify on behalf of the plaintiffs — the hippos, to be precise.

Non-human animals can file cases in Colombia to preserve their rights, but they cannot compel US citizens to submit documents or testimony to back up their claims. However, a US law allows Colombian citizens, known as “interested people,” to seek records and testimony in a US federal court. The plaintiffs – a “community of hippopotamuses living in the Magdalena River” –were recognized as legal persons for the first time when the US District Court granted the ALDF’s application.

In a statement, ALDF Executive Director Stephen Wells said, “The court’s order permitting the hippos to exercise their legal right to obtain information in the United States is a critical milestone in the broader animal status campaign to recognize that animals have enforceable rights.” The plaintiffs have yet to make a statement. If you are curious, this is not the first time a non-human has been recognized as a legal person. In a New York judgment in 2015, two chimps came close to becoming legal persons, but a New Zealand river was more successful, while a white oak tree in Athens, Georgia seemed to own itself.

France to Ban Use of Animals in Circuses and Live Shows