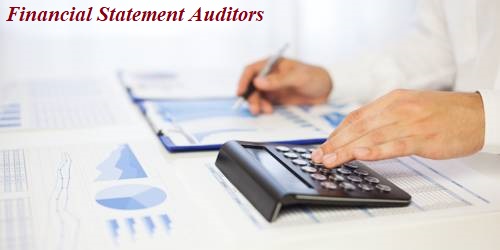 A financial statement audit is the examination of an entity’s financial statements and accompanying disclosures by an independent auditor. Every auditor of a company shall have a right of access at all times to the books and accounts and vouchers of the company, whether kept at the head office of the company or elsewhere and shall be entitled to require from the officers of the company such information and explanation as the auditor may think necessary for the performance of his duties as auditor.

Without prejudice to the provisions of sub-section (1), the auditor shall, in particular, inquire into following namely –

(a) Whether loans and advances made by the company on the basis of security have been properly secured and whether the terms on which they have been made are not prejudicial to the interests of the company or its members;

(c) where the company is not an investment company or a banking company, whether so much of the assets of the company as consists of shares, debentures and other securities, have been sold at a price less than at which they were purchased by the company.

(d) whether loans and advances made by the company has been shown as deposits,

(e) whether personal expenses have been charged to revenue account,

The auditor shall make a report to be presented in the annual general meeting of the company on the accounts, examined by him and on every balance sheet and profit and loss account and on every other documents declared by this act to be part of or annexed to the balance sheet or profit and loss accounts which are laid before the company in general meeting during his tenure of office and the report shall state whether, in his opinion and to the best of his information and according to the explanation given to him,  the said accounts give the information required by this act in the manner so required and give a true and fair view-

(a) in the case of the balance sheet, of the state of the company’s affairs as at the end of its financial year;

(b) in the Mille ate profit and loss account, of the profit or loss for its financial year.

What is the Commencement of Cost Audit?