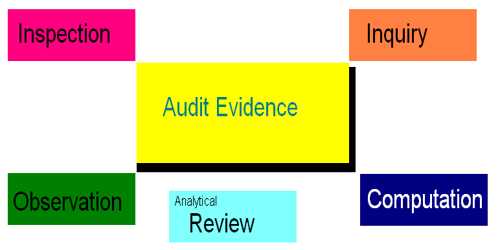 Types of Audit Evidence: Audit evidence can be classified into different categories such as-

Documentary evidence: Documentation is the auditor’s examination of the client’s documents that is should be included in the financial statements.

Oral evidence: Oral evidence originates from the oral enquires made the auditor to the official and key employees of the organization.