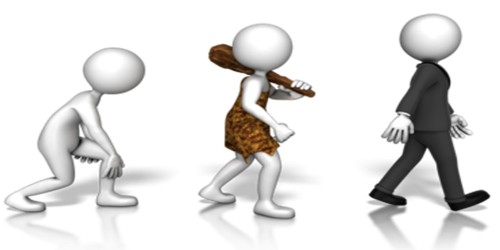 (B) Middle age: Middle age of business started from the barter system to industrial revolution. In the middle age the production and distribution systems were improved. The excess products were distributed to others. There were some improvements as follows:

(C) Modern age: Modern age of business had started from the industrial revolution and still continues at present. Most of the industrial tools, machines and systems introduced in this period of business. In modern age people felt that the barter system was not sufficient for them. So the modern systems of business were originated in the modem age:

In the 19th century, the evolution of production of industry in Europe affects the business. The expansion of business was started from that time. For this reason many industrial machinery were invented and not only the transportation systems of place sere improved but also the marine and our transportation system were improved. Thus the demand of human beings made the business as international business. From the description it is said that the origin of business that means the modern business did not come overnight. It comes from the improvement of day to day changes of the society.

Statement in Lieu of Prospectus

Classification of Business Combination- basis of Nature of Enterprises