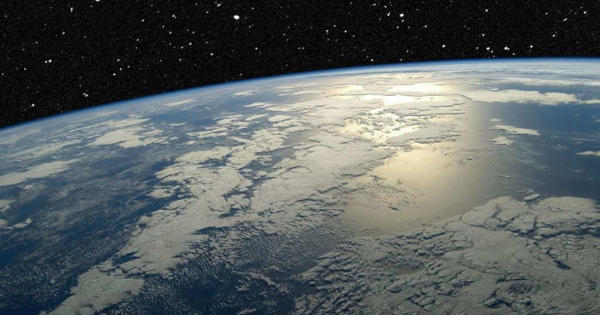 According to research, reflecting sunlight can help to cool the Earth’s ecosystem. According to a group of scientists made up of climate scientists and ecologists from leading research universities around the world, more research is needed to consider the ecological impacts of solar radiation modulation (SRM) technologies that reflect tiny amounts of sunlight into the atmosphere.

The researchers investigated the impact of solar climate interventions on ecology. The team emphasizes that reducing greenhouse gas emissions and conserving biodiversity and ecosystem functions must be prioritized. Researchers from the Climate Intervention Biology Working Group, including Jessica Hellmann from the University of Minnesota Institute on the Environment, published their findings in the Proceedings of the National Academy of Sciences.

The team, made up of climate scientists and ecologists from leading research universities around the world, discovered that more research is needed to understand the ecological impacts of solar radiation modification (SRM) technologies, which reflect small amounts of sunlight back into space. The team concentrated on a specific proposed SRM strategy known as stratospheric aerosol intervention (SAI)) that involved creating a sulfate aerosol cloud in the stratosphere to reduce incoming sunlight and radiation. In theory, the size and location of this cloud could be controlled.

Researchers explored the effect of solar climate interventions on ecology. The team emphasizes that greenhouse gas emissions reduction and conservation of biodiversity and ecosystem functions must be the priority.

SAI is like placing tiny reflective particles in the atmosphere to bounce a portion of the solar radiation back to space so that some of the radiation does not reach – and warm – Earth.

The team emphasizes that reducing greenhouse gas emissions and conserving biodiversity and ecosystem functions must be prioritized. “We’re just getting started thinking about the risks and benefits of geoengineering, and it’s critical that we include ecosystems in cost-benefit analyses,” said Hellmann, director of the University of Minnesota Institute on the Environment. “We should only pursue geoengineering if the benefits outweigh the risks. Because our efforts to combat climate change have been modest and slow, the case for considering geoengineering is growing, and this paper represents ecologists weighing in on the geoengineering debate.”

Because of the complexity of the cascading relationships between ecosystems and climate under SAI, as well as the timing, amount, length, and termination of SAI scenarios, SAI is not a simple thermostat that turns down the heat a few degrees. Other potential SAI effects include changes in rainfall and an increase in surface UV rays. While SAI may be able to cool an overheated Earth, it will not be able to mitigate all of the effects of rising atmospheric CO2, such as halting ocean acidification.

“When we approach complex questions like these, there is a broad scale, theoretical understanding of the inherent patterns of biodiversity across the surface of the Earth, but this understanding is often informed by finer-scale experiments that test the biological and physical mechanisms underlying those patterns,” said Phoebe Zarnetske, co-lead of the study and an associate professor at Michigan State University.

“I hope the paper can persuade ecologists that research on nature’s responses to solar geoengineering is not only important, but also interesting, touching on core ecological questions about topics as diverse as photosynthesis and animal migration,” said U of M alum Shan Kothari, who contributed to the study while studying at the College of Biological Sciences before moving on to the University of Minnesota.

One of the defining issues of our time is the growing problem of changing environmental conditions caused by climate destabilization. The underlying issue is greenhouse gas emissions, and the fundamental solution is to reduce those emissions. Climate geoengineering has frequently been regarded as a “last-ditch” response to climate change, to be used only if the effects of climate change cause extreme hardship. Although the likelihood of having to resort to these efforts grows with each year of inaction on emissions reduction, there is a lack of information on these potential ways of intervening in the climate system.

Kothari stated that one way other scientists can consider the study’s findings is to consider the unique conditions resulting from solar geoengineering scenarios that may aid or hinder ecosystems’ ability to store carbon. He went on to say that such research could help the international community consider solar geoengineering with a better understanding of the potential risks and benefits.