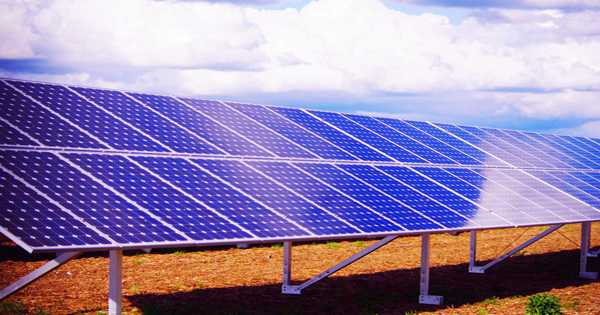 The experimental device is somewhat like an anti-solar panel, with an optoelectronic system like it. However, instead of radiation from the sun, it uses radiation emitted from the earth. As reported in the Applied Physics papers, the system uses negative illumination effects. Infrared semiconductors generate electricity as heat flows from the surface of the device.

Without the sun, the earth would slowly cool down. This fact is clearly evident at night, when the heat of our planet, unaffected by clouds, spreads in the darkness of space. Researchers at Stanford University have developed a device that can take advantage of this heat flow and generate electricity.

“Considering optic electronic physics, there is indeed a very nice symmetry between the collection of incoming radiation and the collection of outgoing radiation.” Shanhui Fan, said in a statement, “The vastness of the universe is a thermodynamic resource,” co-authored the study. Lead author Masashi Ono explains, “How much energy we can generate with this experiment is far below the theoretical limit.”

The limitations of the device are not in the external condition but in the technology. The current device produces only a small current, 64 nano watts per square meter. There is a large temperature difference between the Earth and outer space. Even the coldest locations on our planet still have a difference of at least 200 ° C (360 ° F).

The theoretical limit of the device is expected to be 4 watts per square meter, about 1 million times higher than the first experiments. No other optic electronic device has been shown to be able to generate electricity from the cold of space. While this will be a huge improvement, it is still far below what solar panels can do (up to 200 watts per square meter) but enough as a matter of interest. At this stage, it is just proof of the concept.

Applications for this technology are not just to use the cooling of the universe, in principle it can be used to recover some of the heat lost from machines. That said, researchers have warned that this is still the very first day. The team is now interested in ways to improve the device to make sure the materials used for the job are the best.

Project December: The AI Chatbot People are using to “Talk To” the Dead