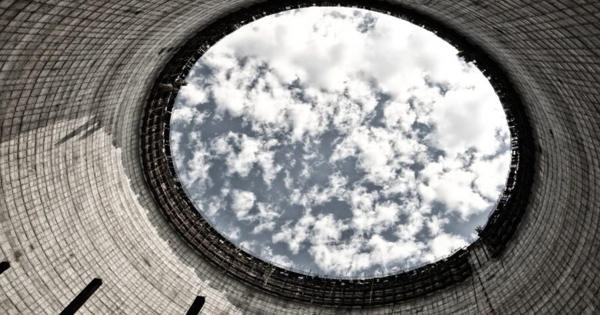 The researchers used genomic tools to look into the potential health effects of being exposed to ionizing radiation, a known carcinogen, as a result of the 1986 Chernobyl disaster. One study found no evidence that radiation-related genetic changes are passed down to children, while the second study documented genetic changes in the tumors of people who developed thyroid cancer after being exposed to the radiation released by the accident as children or fetuses. The findings are being made public as the 35th anniversary of the Chernobyl disaster approaches.

Researchers used cutting-edge genomic tools in two landmark studies to investigate the potential health effects of exposure to ionizing radiation, a known carcinogen, from the 1986 accident at the Chernobyl nuclear power plant in northern Ukraine. One study found no evidence that parental radiation exposure caused new genetic changes to be passed down from parent to child. The second study looked at the genetic changes in the tumors of people who developed thyroid cancer after being exposed to the radiation from the accident as children or fetuses.

The findings, published around the 35th anniversary of the disaster, are from international teams of investigators led by researchers at the National Cancer Institute (NCI), part of the National Institutes of Health.

One study found no evidence that genetic changes associated with radiation exposure are passed to children, while the second study documented the genetic changes in the tumors of people who developed thyroid cancer after being exposed as children or fetuses to the radiation released by the accident.

“Scientific questions about the effects of radiation on human health have been investigated since the Hiroshima and Nagasaki atomic bombings and have been raised again by Chernobyl and the nuclear accident that followed the tsunami in Fukushima, Japan,” said Stephen J. Chanock, M.D., director of the National Cancer Institute’s Division of Cancer Epidemiology and Genetics (DCEG). “In recent years, advances in DNA sequencing technology have allowed us to begin to address some of the important questions, in part through comprehensive genomic analyses conducted in well-designed epidemiological studies.”

Millions of people in the surrounding area were exposed to radioactive contaminants as a result of the Chernobyl disaster. Many studies have contributed to today’s understanding of cancers caused by radiation exposure from nuclear power plant accidents. The new study builds on this foundation by analyzing biospecimens from people affected by the disaster in Ukraine using next-generation DNA sequencing and other genomic characterization tools.

The first study looked into whether radiation exposure causes genetic changes that can be passed down from parent to offspring, as some animal studies have suggested. Dr. Chanock and his colleagues examined the entire genomes of 130 people born between 1987 and 2002, as well as their 105 mother-father pairs, to find an answer.

One or both of the parents had been workers who helped clean up after the accident or had been evacuated because they lived nearby. Each parent was tested for long-term ionizing radiation exposure, which could have occurred from drinking contaminated milk (that is, milk from cows grazed on pastures that had been contaminated by radioactive fallout). The mothers and fathers were exposed to a variety of radiation doses.

The researchers looked for an increase in a type of inherited genetic change known as de novo mutations in the genomes of adult children. De novo mutations are genetic changes that occur at random in a person’s gametes (sperm and eggs) and can be passed on to offspring but are not seen in the parents.

The whole-genome sequencing data showed no evidence of an increase in the number or types of de novo mutations in their children born between 46 weeks and 15 years after the accident for the range of radiation exposures experienced by the parents in the study. The number of de novo mutations found in these children was very similar to those found in the general population with comparable characteristics. As a result, the findings indicate that the ionizing radiation exposure from the accident had little, if any, effect on the health of the next generation.

“We view these results as very reassuring for people who were living in Fukushima at the time of the accident in 2011,” said Dr. Chanock. “The radiation doses in Japan are known to have been lower than those recorded at Chernobyl.”

The second study used next-generation sequencing to profile the genetic changes in thyroid cancers developed in 359 people exposed as children or in utero to ionizing radiation from radioactive iodine (I-131) released by the Chernobyl nuclear accident, as well as 81 unexposed individuals born more than nine months after the accident. One of the most serious adverse health effects observed following the accident has been an increase in the risk of thyroid cancer.

The energy from ionizing radiation breaks the chemical bonds in DNA, causing a variety of damage. The new study emphasizes the significance of a specific type of DNA damage in thyroid tumors that involves breaks in both DNA strands. The link between DNA double-strand breaks and radiation exposure was stronger in children who were exposed at a younger age.

The researchers then identified cancer’s candidate “drivers” in each tumor – the key genes whose alterations allowed the cancers to grow and survive. They were able to identify the drivers in more than 95% of the tumors. Almost all of the changes involved genes in the same signaling pathway, known as the mitogen-activated protein kinase (MAPK) pathway, such as BRAF, RAS, and RET.

The list of affected genes is similar to what has been reported in previous thyroid cancer studies. The researchers did notice a shift in the distribution of the types of mutations in the genes, however. Thyroid cancers in people exposed to higher radiation doses as children were more likely to result from gene fusions (when both strands of DNA are broken and then the wrong pieces are joined back together) in the Chernobyl study, whereas those in people exposed to low levels of radiation were more likely to result from point mutations (single base-pair changes in a key part of a gene).

The findings suggest that DNA double-strand breaks are an early genetic change that occurs after exposure to radiation in the environment, allowing thyroid cancers to grow. According to the researchers, their findings lay the groundwork for future research into radiation-induced cancers, particularly those involving differences in risk as a function of both dose and age.

“An exciting aspect of this research was the opportunity to link the genomic characteristics of the tumor with information about the radiation dose — the risk factor that potentially caused cancer,” said Lindsay M. Morton, Ph.D., the study’s lead author, and deputy chief of the Radiation Epidemiology Branch at DCEG.

“The Cancer Genome Atlas established the gold standard for comprehensively profiling tumor characteristics,” Dr. Morton added. “We expanded on that approach to complete the first large genomic landscape study in which potential carcinogenic exposure was well-characterized, allowing us to investigate the relationship between specific tumor characteristics and radiation dose.”

She pointed out that the study was made possible by the establishment of the Chernobyl Tissue Bank about two decades ago, long before the technology to conduct the types of genomic and molecular studies that are now common.

“These are the first molecular studies that our group has done using biospecimens collected by our colleagues in Ukraine,” Dr. Morton said. “Visionary scientists established the tissue bank to collect tumor samples from residents of highly contaminated areas who developed thyroid cancer. These scientists predicted that significant technological advances would occur in the future, and the research community is now reaping the benefits of their foresight.”