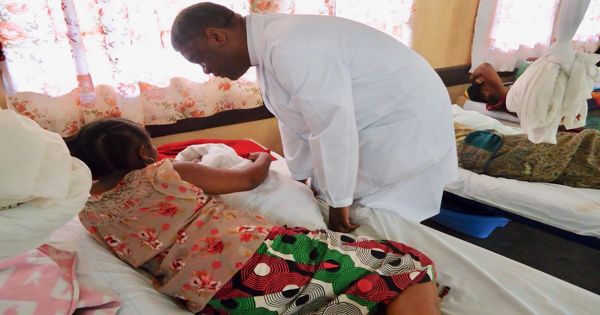 It is cheaper to invest in interventions to make it possible for women to see a doctor during pregnancy than in measures to address birth injuries. This is the conclusion of two LiU mathematicians, using Uganda as an example. Despite reliable and professional healthcare services, the prevalence of obstetric fistula in Uganda is strong. The risk factors for obstetric fistula have been lowered due to high poverty rates and cultural barriers.

A fistula is a connection between the vagina and the bladder or between the vagina and the rectum. It can occur in women during extended labor or as a result of a violent rape. Relation causes incontinence, in which the patient is unable to regulate either urine or faeces, which, in fact, leads to many other medical complications and major physical, emotional, and social distress. The health care system in Uganda is well developed, especially in metropolitan areas, but despite this, fistulas during childbirth are among the highest in Africa. It has been projected that between 1.63 and 2.25 percent of women of childbearing age, aged 15-49, are affected.

The mathematical models demonstrate that the number of women who suffer from fistula decreases most rapidly if the resources are put into preventive maternity care, and making it possible for the women to give birth in a hospital.

Betty Nannyonga, a postdoc at LiU who also works at Makerere University in Kampala, Uganda, and Martin Singull, associate professor of mathematical statistics at the LiU Department of Mathematics, has published an article in the scientific journal PLOS ONE that illustrates how best to use the available tools.

“We have tried to construct a mathematical model to show how to prevent (obstetric) fistulas in women during prolonged childbirth. This is hugely important in a country such as Uganda,” says Martin Singull. The research analyzed data from the Uganda Demographic Health Survey 2016. This study gathered details from 18,506 women aged 15-49 years and living in 15 regions of Uganda. Any special centers, known as “fistula camps,” have been set up in recent years to offer surgery to affected women. Data from two of them, in various parts of the world, were also included in the report.

Analysis has shown that far fewer women have undergone surgery in hospitals than expected. “Our results show that Uganda has a huge backlog of women who should be treated for fistula. In one of the regions we looked at, we found that for each woman who had undergone an operation, at least eight more should have received care,” says Betty Nannyonga.

The researchers looked at the relationship between the services used to perform treatment for women who have been injured and the related tools required to provide women with access to clinical treatment during breastfeeding, including, if possible, the provision of care by the Caesarean section. Another chilling fact that has to be considered is that not only do women die from fistula but that the fetus lives in only 9 percent of these cases.

However, the writers find out that some difficulties lead to the comparatively high frequency of fistula. “Even though competent health services and medical care are available in Uganda, most women do not enjoy adequate prenatal care during pregnancy. In some situations, this is because the distance to health care facilities is too far away. Other reasons are that women do not have the funds they need or need approval from their husbands. It would not do any good to spend money on health centers if the money is required.

The regions vary significantly in the manner they offer treatment. It is twice as likely that a woman in a town would see a doctor as anyone who lives in rural areas. Another factor is qualifications: people with higher secondary education are twice as likely as those without higher education and getting higher education than upper secondary education raises the likelihood by a further factor of two. Social status also plays a vital role: the risk of visiting a doctor at any stage during pregnancy is closely related to salary.

One promising pattern indicated by the figures is the rise in the percentage of women who receive clinical services during the delivery itself (although the figures are for only those cases in which a child is born alive). This rose from 37% in the period previous to 2001 to 42% in 2006, 58% in 2011, and 74% in 2016. “Our results show that professional care and surgery by themselves cannot prevent all cases of fistula: other measures will be needed,” concludes Betty Nannyonga.

A New Method of Attacking Herpesviruses has been Discovered