=> Write down the Hiickel secular determinant for the acyclic three C-atoms in terms of x, where x = (α – E)/ β.

=> Solve the secular determinant for x and then rewrite the solution in terms of (α –  E)/ β  and so find the three allowed quantized energies (eigenvalues).

=> Evaluate the normalized wavefunction (eigenvector) for each energy (eigenvalue).

=> Which of the wavefunctions is the HOMO, LUMO or SOMO (singly occupied MO) as appropriate, for each of the allyl cation, radical and anion molecules? 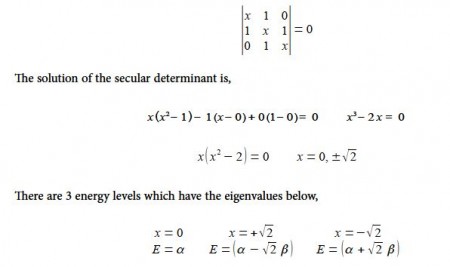 To find the three eigenvectors (wavefunctions) corresponding to these three eigenvalues we must separately solve the Bickel matrix for ally’ for each energy For E1 = α + √2 β then (α – E1) = – √2 β. 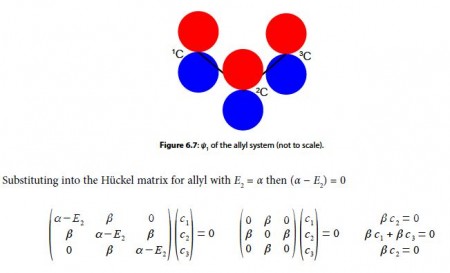 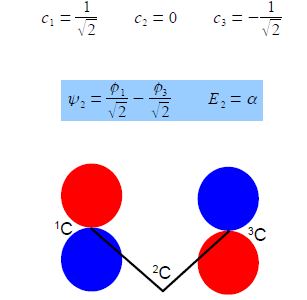 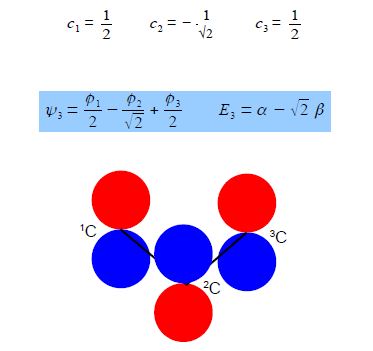 Below Figure shows the MO energy diagrams for the three allyl species.