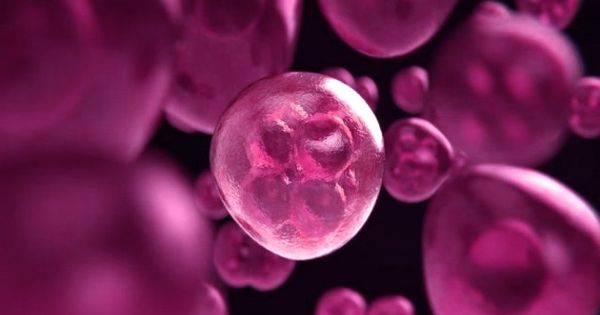 Blocking the expression of genes in mitochondria in mice prevents the proliferation of cancer cells. A recently formulated compound starves cancer cells by attacking the “power plants”–the so-called mitochondria. The latest compound inhibits the reading of genetic material within mitochondria. Researchers at the Max Planck Institute for Ageing Biology in Cologne, the Karolinska Institute in Stockholm, and the University of Göteborg indicated in their study that this compound could be used as a possible anti-tumor drug in the future, not only in mice but also in human patients.

A recent study has found a newly developed a compound that starves cancer cells by attacking their ‘power plants’ mitochondria. The new compound prevents the genetic information within mitochondria from being read.

Mitochondria supplies our cells with the energy and cell building blocks required for proper tissue and organ function. The proliferation of cancer cells has been thought to be independent of mitochondrial activity for a long time. However, this longstanding dogma has been questioned in recent years. Cancer stem cells in particular are heavily dependent on mitochondrial metabolism. Owing to the essential role of mitochondria in normal tissue function and the fact that drugs targeting mitochondrial functions are typically very dangerous, it has so far proved difficult to target mitochondria for cancer therapy.

The multinational team of researchers has now discovered a way to solve these difficulties. “We have managed to establish a potential cancer drug that targets mitochondrial function without serious side effects and without damaging healthy cells,” explains Nina Bonekamp, one of the study’s lead authors. Mitochondria include its own genetic material, the mitochondrial DNA molecules (mtDNA), whose gene expression is regulated by a dedicated set of proteins. One such protein is the enzyme “mitochondrial RNA polymerase,” which is abbreviated as POLRMT. “Previous studies from our community have shown that quickly proliferating cells, such as fetal cells, are very susceptible to inhibition of mtDNA expression, while specialized tissues, such as the skeletal muscle, can withstand this condition for a relatively long time. We argued that POLRMT may be a promising goal as a central regulator of mtDNA expression,” said Nils-Göran Larsson, head of the research team.

In collaboration with the Lead Discovery Center, a translational drug discovery organization established by Max Planck Innovation, the research team designed a high-throughput test method for identifying a chemical compound that inhibits POLRMT. The POLRMT inhibitor greatly reduced the survival of cancer cells and the development of tumors in tumor-bearing mice, but was usually well tolerated by animals. “Our results show that we effectively starve cancer cells to death without significant toxic side effects, at least for a certain amount of time. This offers us a potential window of hope for cancer care,” says Nina Bonekamp. “Another feature of our inhibitor is that we know exactly where it binds to POLRMT and what it does to the protein. With the aid of ACUS Laboratories in Cologne and the Max Planck Institute for Biophysical Chemistry in Göttingen, the team identified the chemical binding site of the inhibitor and obtained structural details from the POLRMT-Inhibitor complex.

Bonekamp and Larsson believe that it was an interesting process to transform simple results into potential medicines. They are all the more enthusiastic about the opportunities that their discoveries can open up. “Given the central role of mitochondrial metabolism within the cell, I am sure that our mitochondrial gene expression inhibitor can be used as a tool in a variety of different areas,” explains Bonekamp. “Of course, it is intriguing to further pursue its potential as an anti-cancer drug, but also as a model compound to further understand the cellular effects of mitochondrial dysfunction and mitochondrial disease.”