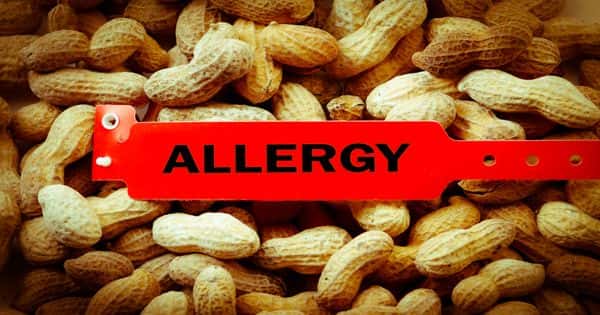 Changes to food allergy recommendations have contributed to a 16% drop in peanut allergy in children, according to a recent study. The study, led by the Murdock Children’s Research Institute (MCRI) and to be discussed at the American Academy of Allergy, Asthma & Immunology Virtual Annual Meeting this Sunday, also noticed a substantial rise in parents adding peanut into their baby’s diet as guideline adjustments.

Introducing peanuts early in childhood has been shown to prevent peanut allergy during randomized controlled trials. But MCRI Ph.D. candidate and study lead author Victoria Soriano said that this thesis was the first to assess the method at home and to examine the effect of the shift in guidelines on peanut allergies.

Changes to food allergy guidelines have led to a 16 percent decrease in peanut allergy among infants, new research from the Murdoch Children’s Research Institute (MCRI) has found.

“In the 1990s, some recommendations suggested that allergenic foods should be avoided before the age of 1-3 years and that certain foods should be avoided in childhood should become common,” said Ms. Soriano. “By 2008, this recommendation had begun to be withdrawn on the basis of growing evidence that delaying allergenic foods was linked with an elevated risk of food allergy. However, there was also inadequate support for clear guidelines as to the age at which these foods could be incorporated.”

The Melbourne study compared data from 1,933 infants enrolled in the 2018-2019 EarlyNuts study to 5,276 infants enrolled in the 2007-2011 HealthNuts study. The study showed that the incidence of peanut allergy was 2.6 percent in 2018-2019 compared to 3.1 percent in 2007-2011, which amounted to a 16 percent decline after migration and demographic changes. In 2018-2019, 4.8% of babies who did not eat peanuts until 12 months or older became allergic. Extreme reactions to the early introduction of peanuts were unusual, data shows.

Ms. Soriano said there was a strong adoption amid the initial fear that parents would not follow the recommendation to implement peanut early. Peanut intake rose by 12 months from 28 percent to 89 percent in 10 years to 2019, which could have stopped the increase in peanut allergy, according to the report. Melbourne’s mother, Megan Chappel, started feeding her baby, Stellan, 10 months old, a peanut food five months old. Stellan is participating in the MCRI Vitality Allergy Trial.

“We’re trying to integrate peanut ingredients into his diet as best as we can,” she added. “It’s reassuring to see that peanut allergy has not only died, but that many parents are adopting the latest recommendations.” Dr. Jennifer Koplin, MCRI, said that despite the decline in peanut allergy, overall incidence remained high.

Australia has the highest recorded rates of childhood food allergy in the world, with one in 10 babies and one in 20 children up to five years of age becoming allergic. “The protection of early peanut consumption at home is of great concern to parents and health professionals around the world,” Dr. Koplin said. “More research needs to be done to look more deeply at these patterns to help people understand how well the early use of peanuts performs to reduce peanut allergy in real-life circumstances.”

In the Vitality experiment, Melbourne children aged six to 12 weeks are recruited to assess whether taking a vitamin D supplement in the first year of life will help avoid food allergies. For more information on MCRI allergy screening, please visit the Centre for Food and Allergy Testing website. Researchers from the University of Melbourne, the Florey Institute of Psychiatry and Mental Wellbeing and the Royal Children’s Hospital have all contributed to the research.

A huge problem for chemotherapy-resistant cancers

Taking Charge of Your Own Health