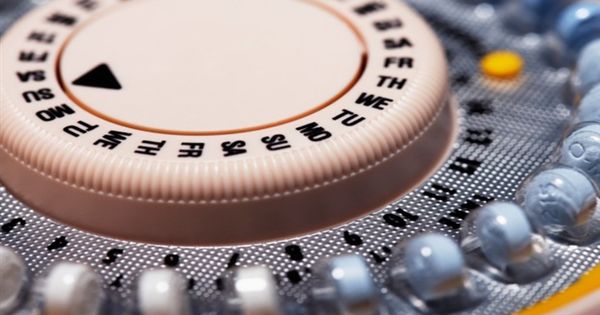 According to a new study published in the American Journal of Obstetrics and Gynecology, a community outreach initiative at the University of Rochester Medical Center (URMC) has helped Rochester adolescents adopt long-acting reversible contraception (LARC) at a rate far higher than the national average.

The study, “Impact of the Rochester LARC Initiative on Adolescents’ Utilization of Long-Acting Reversible Contraception,” used Youth Risk Behavior Surveillance System data from Rochester, New York City, New York State, and the United States overall from 2013, 2015, and 2017. These years span the period preceding and following the launch of the Initiative in 2014.

The Hoekelman Center for Health Beyond Medicine, a unit of the URMC Department of Pediatrics that connects doctors with non-profits to benefit kids and adults by making communities healthier places to live, launched the Greater Rochester LARC Initiative six years ago. The Initiative, which is primarily funded by the Greater Rochester Health Foundation, aims to increase access to highly effective methods of birth control, such as intrauterine devices and contraceptive implants (LARCs), for Rochester adolescents.

Study finds that teenagers utilize Long-Acting Reversible Contraception (LARC) at a rate five times higher than the United States as a whole.

The Hoekelman Center’s director, Andrew Aligne, M.D., M.P.H., and his team have led the community effort to promote LARC by conducting outreach to local organizations that work with youth. They use a straightforward “lunch-and-learn” approach to disseminate accurate information, which serves as the foundation of the Hoekelman Center’s advocacy work.

“One intriguing aspect of the LARC project is that we speak to adults rather than teenagers. We collaborate with community partners to educate adults about birth control. In this way, they can assist teens in making informed decisions about preventing unintended pregnancy “Jessica VanScott, M.P.H., health project coordinator for the LARC Initiative, agrees.

The LARC project team discovered that many area teens were interested in learning about birth control, and that they frequently sought advice from their most trusted peers and adults.

“How do we increase the likelihood that anyone teens talk to will share accurate information if they are learning outside of the medical setting from trusted youths and adults? We reasoned that providing resources with useful information to adults who work with teens in the community would be beneficial “Aligne, an associate professor of Pediatrics at URMC, agreed.

So far, the team has presented to over 2,700 adults in health care settings, as well as those in the community, such as after-school program staff. The talks provide information about the safety, efficacy, and availability of LARC, with the goal of increasing community knowledge and access.

This method differs from previous efforts to disseminate information about LARC. Historically, outreach efforts have primarily targeted primary care providers or used advertising resources to raise awareness. The Hoekelman Center’s community-based approach achieved strong results because few of these community organizations had ground-level information available about LARC, according to Aligne.

“Almost no one knew the LARC program was free and covered by Medicaid,” Aligne said. 26 states reimburse for LARC through the Medicaid Family-Planning Benefit, which is part of the ACA’s Medicaid expansion, and Aligne believes these states could scale up the Hoekelman Center’s model to raise awareness as well.

According to studies, unintended teen pregnancy can result in a variety of critical health and social problems for young parents and their children, including low birth weight, unemployment, school failure, and a variety of other serious issues. Because of these dangers, the Centers for Disease Control and Prevention (CDC) has declared teen pregnancy a national public health priority, and the CDC, in collaboration with the American Academy of Pediatrics and the American College of Obstetricians and Gynecologists, recommends LARC as a safe and highly effective method of pregnancy prevention for adolescents seeking contraception.

“LARCs are more effective than pills, patches, and other contraceptives because they are always in place,” said Katherine Greenberg, M.D., an adolescent medicine specialist at UR Medicine’s Golisano Children’s Hospital. “Today’s LARCs are safe, effective, and invisible, and they can be easily removed with no long-term consequences when you decide to become pregnant.” LARC methods can prevent pregnancy for three to twelve years, can be removed at any time, and are 40 times more effective for teenagers than the traditional birth control pill.

The Hoekelman Center’s efforts are supported by a large network of local organizations, including the Initiative’s core partners: the Metro Council for Teen Potential, the Healthy Baby Network, Highland Family Planning, and Planned Parenthood of Central and Western New York.

“As we work to fulfill our mission of pursuing and investing in solutions that create a healthier region where all people can thrive, we are proud to support and celebrate the LARC Initiative at URMC,” said Matthew Kuhlenbeck, president and CEO of the Greater Rochester Health Foundation.

“The LARC project team takes a proactive, practical approach in its efforts to help reduce teen pregnancy by sharing information and increasing awareness of options, and we are especially grateful for the collaboration among URMC and community partners who are working together to address this challenge.”

Thanks to Accountable Health Partners (AHP), URMC’s clinically integrated network of hospitals and physicians, LARC services have continued during COVID-19, and access has expanded at an increasing number of primary care practices serving teens and young adults throughout the Finger Lakes region over the last year. AHP has promoted training in both reproductive counseling and LARC placement for primary care providers in collaboration with the Hoekelman Center team and funded by a grant from the Finger Lakes Performing Provider System (FLPPS) in order to further reduce access barriers for patients.

“The LARC Initiative exemplifies true collaboration between health care and the community and represents a significant population health success for our region,” said Laura Jean Shipley, M.D., professor of clinical pediatrics, vice chair for Population and Behavioral Health at URMC, and associate medical director at AHP.